Nadine Lustre opened up about her relationship with her boyfriend, French businessman Christopher Bariou. 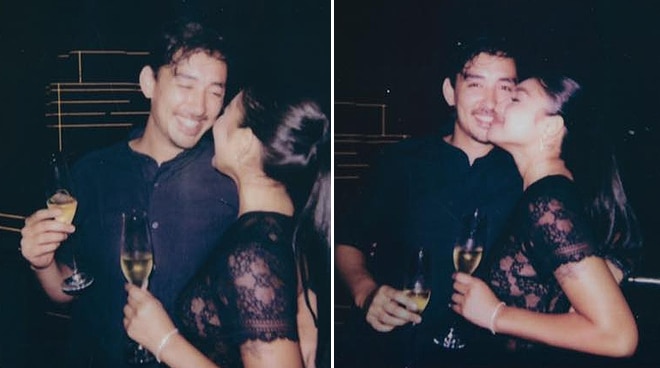 Appearing on Boy Abunda's "The Interviewer", the Greed actress spoke at length about her relationship with Christopher as well as how their love story began.

"Si Chris kasi, he's half-French, half-Filipino. So he's been living in Siargao for eight years na. His dad bought land there in Siargao in the 70s, 80s... a long time ago. I don't know why he ended up in Siargao aside from the business, kasi they didn't start developing until two years ago," she said.

Recalling the first time they met, Nadine said: "I have friends who have been living in Siargao for a while now. So in July last year, two of my friends [and I] ended up going to Siargao just for a vacation. Medyo maluwag na nung time na 'yun so we were able to fly out."

"We stayed in another place but one of my good friends kasi is working for him... So she asked him [if] we can go to his spot because there's a secret beach there where there's no one there most of the time and it's really peaceful. 'Yun 'yung kung saan nagmi-meet 'yung ilog tsaka 'yung dagat.

"So she asked him if we could go but we ended up just swimming in his pool. That's pretty much it."

READ: Nadine Lustre explains why she moved to Siargao

When asked of her first impression of Christopher, Nadine admitted that she found her boyfriend quite attractive.

"My friend kasi were talking about him already and they were saying na, 'Oh, he's actually really cute.' And then when I saw him I'm like, 'Okay fine, he's actually kind of cute,'" she said.

As for what Christopher feels about dating a public figure, the actress said: "He is [comfortable]. Well, he's getting used to it at least. I think he understands that it's something that he cannot escape. You know, it's part of it. So he's okay with it."

READ: Nadine Lustre shares what she loves most about her relationship with Christophe Bariou

It was early this year when Nadine, 28, confirmed her relationship with Christopher, after months of rumors romantically linking them.

Prior to dating Christopher, the actress was in a relationship with her former onscreen partner James Reid. The two were together for nearly four years before they announced their breakup in 2020.