Nadine Lustre shared how she met her boyfriend Christophe Bariou. 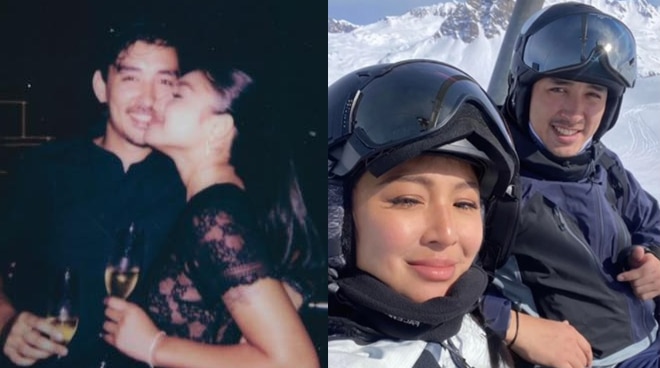 Nadine Lustre opened up about how she met her boyfriend Christophe Bariou.

The actress shared that Christophe was actually not aware that she was part of the Philippine entertainment industry when they first met in Siargao.

"He's so ignorant when it comes to that so he doesn't know anything. He didn't know who I was," the actress revealed in an interview with Monster RX93.1.

Christophe is a French-Filipino entrepreneur based in Siargao.

It was after that trip to Siargao and when Christophe travelled to Manila that their bond flourished according to Nadine.

"When I got back from Siargao, after that trip, he flew [to Manila] and that's when we really like started hanging out."

Nadine relayed that what she loves most about their relationship is that they have a lot of common interests.

"We just never stopped talking and I think that's one of the things that I love about our dynamics. We always have something to talk about. It's funny how in sync we are. We like the same things. [We're like] two peas in a pod," she said.

Nadine became Instagram official with Christophe last January when she posted a sweet photo of them together on the social media platform.

Rumors of their romance started circulating in August of last year.

The actress said that they did not intend to hide their relationship.

"We're always hanging out. People are always taking photos. I mean, it's understandable because they've never seen me with someone else so it's kind of weird that I'm hanging out with this other dude so I get it. There's really no intention of hiding it in the first place," she said.

Nadine was previously in a relationship with her love team partner James Reid.

It was in January 2020, when they confirmed their breakup.