Brenda Mage hits back at bashers who throw shade at his current relationship with non-showbiz boyfriend Gio Sta. Ana. 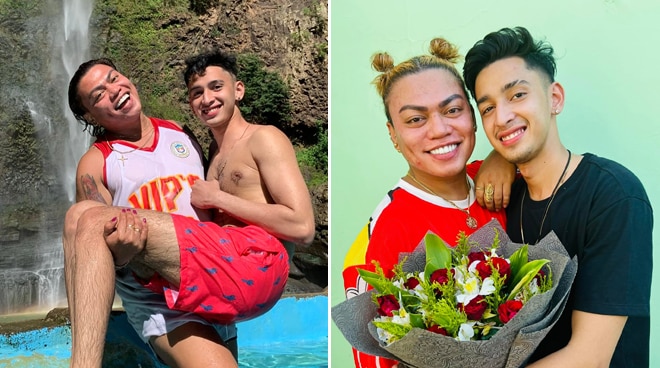 After going back inside the Pinoy Big Brother house last month as a returning housemate, Brenda Mage is back home again in Mindanao where he has been sharing happy updates about the state of his love life. The 33-year-old actor and vlogger first revealed he was in a relationship with his non-showbiz boyfriend Gio Sta. Ana last June 1 in a post dedicated to Pride Month this year.

Brenda shared a happy couple photo of himself and his new boyfriend who surprised him with a big bouquet of roses when he got back from his stint as a comeback housemate on PBB.

The controversial comedian also shared a video of his visit to Gio’s home where he met with the latter’s family including Gio’s mom who said she had already approved of their relationship. The Sta. Ana family also prepared a small feast to celebrate Brenda’s first visit to their house.

Hitting back at those who doubt Gio’s feelings for him, Brenda shared his opinion on the level of sincerity in their relationship.