PBB: Kumunity housemate Brenda Mage asks for forgiveness for those who got offended by his actions inside the PBB house. 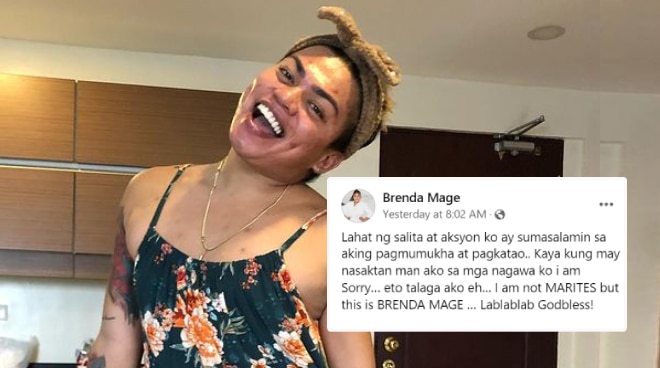 A day after returning home, the controversial comedian took to his social media account to apologize for his  actions inside the house. The 32-year-old had earned the ire of netizens after making negative remarks towards her other housemates like Alexa Ilacad, Eian Rances, and Chie Filomeno. Posting a throwback photo of herself, Brenda shared it with the caption, “Lahat ng salita at aksyon ko ay sumasalamin sa aking pagmumukha at pagkatao.. Kaya kung may nasaktan man ako sa mga nagawa ko I am Sorry… eto talaga ako eh… I am not MARITES but this is BRENDA MAGE … Lablablab God bless!”

Last year, the Pinoy Big Brother celebrity housemate also made headlines when she revealed that he had given up a role in the fantasy series Darna in favor of joining PBB.