‘2 Good 2 Be True’ director Mae Cruz Alviar reveals how mature Daniel Padilla and Kathryn Bernardo are now when it comes to acting. 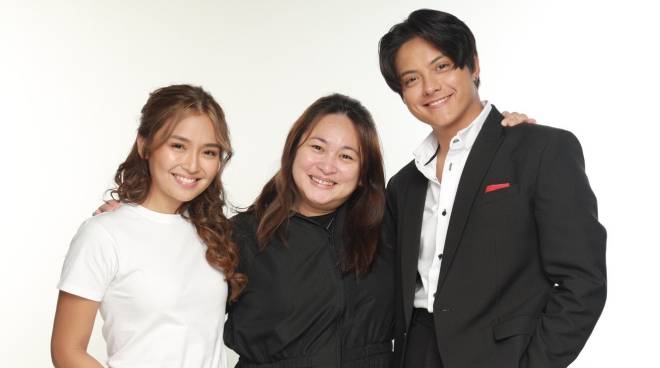 After first working with Daniel Padilla and Kathryn Bernardo on the 2015 film Crazy Beautiful You, director Mae Cruz-Alviar said a lot has changed between the popular love team now that they are all working together as adults in their 2022 series 2 Good 2 Be True.

“They’re still their usual selves. Kasi hindi naman sila nagbago na kung paano sila as persons. But there is maturity. I have to say there’s maturity sa kanila ngayon. Nakita mo na mas independent na sila. Kasi siyempre nakita sila nung kasama pa si Mama Min (Bernardo) when they were kids. So that’s how they are now. It’s still them. Alam mong hindi nagbago ang face by the proportions of their popularity now and the prestige of the love team. But they are still the same Kath and DJ from before, only more mature, only wiser, and with more experience as actors,” she shared during a recent Netflix mediacon for the new series.

With a decade long career of being known as the love team Kathniel, direk Mae said that her 2 Good 2 Be True lead stars’ approach to acting has also changed from before.

“How they are from before, siyempre with the wealth of experience and with all the projects that they’ve done with different actors and different directors, siyempre iba na sila tumingin sa kuwento, iba na sila tumingin sa characters. So makikita mo yun how we discuss yung characters nila. Nag-ko-collaborate kami and iba yung sensitivity now also because they’ve matured. Of course when I first worked with them they were teen king and queen. And ngayon it’s been 10 years and the maturity as persons also show in how they attack their characters. Yun yung malaking pagkakaiba. I think the growth, the maturity, yung ang difference,” she explained.

READ: Director Mae Cruz-Alviar talks about directing Coco Martin and Angelica Panganiban: ‘Ang suwerte ko that I got to work with them’

Aside from their good working relationship on the set, direk Mae also counts the two stars as friends offscreen as well.

“Working with Kathniel kasi is like working with friends. Kasi we watched them grow up so parang I feel like a mother to them so parang feeling ko friend na mother. So parang it’s fun to work with them because masaya sila katrabaho kasi masaya silang tao, mabuti silang mga tao and magaling silang mga aktor. At the same time, you know that because of that relationship, puwede kaming mag-usap not just the good stuff. Even the bad stuff we can discuss and magandang naka-open yung lines ng communication,” she explained.

In 2 Good 2 Be True, DJ and Kath bring to life the story of Eloy and Ali, two people have become jaded about love but somehow found their way into each other’s arms. They are constantly being pulled back because of the doubts in their hearts until they find out that their lives are more connected than they realize.

Direk Mae shared that this is not DJ and Kath’s usual brand of romantic comedy.