Director Mae Cruz-Alviar talks about directing Coco Martin and Angelica Panganiban: ‘Ang suwerte ko that I got to work with them’

‘Love or Money’ director Mae Cruz-Alviar reveals what she loved most about directing Coco Martin for the first time. 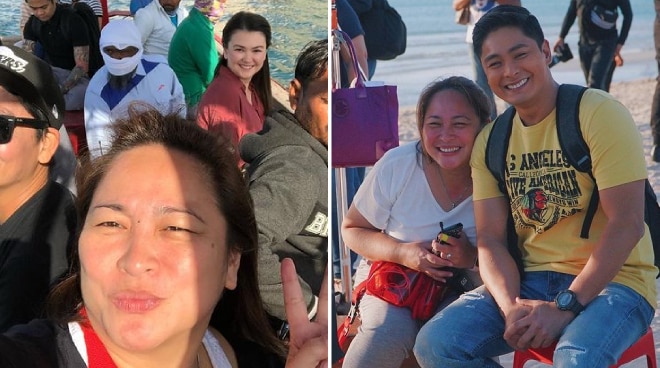 “Actually, it was just pitched to me when we were doing Unbreakable. Surprise nga yun eh. Nagulat ako na parang sila yung tineam up,” she shared during the Love or Money virtual presscon held last February 27.

The Star Cinema director said she is thankful to her two lead actors for making the movie’s concept work.

“Ang suwerte ko that I got to work with them and this is an unusual team up. I’m so happy that I got the chance to do a love story na hindi love team. Coming from out of nowhere parang naging mag-partners and sobrang masaya ako sa outcome nung chemistry and how they created it,” she explained.

Even though she was working with two accomplished actors, direk Mae said she had no problem being on top of the project. “No matter ano yung role, si Angge she’s been around for so long, and si Coco he’s also a director, pero they allow themselves to be directed. Kumbaga ang sarap magtrabaho at makitrabaho sa ganung artista. It was challenging lang sa umpisa pero parang later on hindi ako nahirapan sa kanila because of their openness, their willingness, and sa galing nila sa kanilang craft,” she explained.