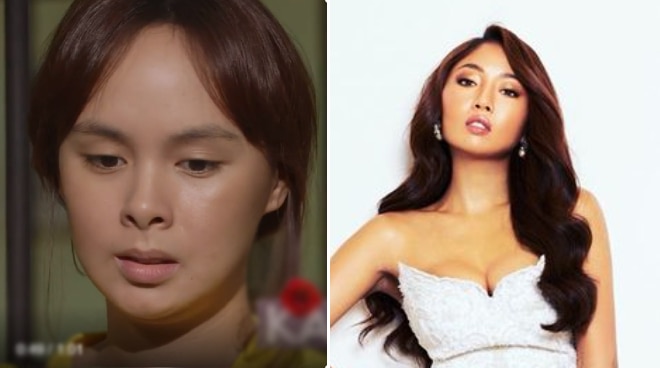 Currently seen in the primetime series Viral Scandal where she plays Raven Montemayor, the only daughter of Jake Cuenca and Maxene Magalona on the show, Kaila Estrada said she was honored to be offered her first ever Maalaala Mo Kaya episode to bring to life the story of Pinoy Big Brother celebrity housemate Karen Bordador. Karen was acquitted last year after a five-year sentence.

“Honestly I’m so overwhelmed watching the trailer and seeing it come to life. I’m so, so grateful and excited for everyone to see it. Karen’s story is a story of a strong woman who was met with such a difficult situation pero pinili niyang lumabas para sa katotohanan ng buong tapang at hindi sumuko. It inspired me so much and I’m sure it will inspire everybody,” she said during the MMK mediacon last March 8.

As a relative newcomer in showbiz, Kaila admitted it was a challenge bringing to life the role of the once controversial radio DJ and model who was arrested in 2016 during an illegal drugs buy-bust operation.

“It was very challenging because ang hirap talaga ng pinagdaanan ni Karen and I kept telling myself habang nag-te-taping kami na I cannot imagine going through what she went through. The fact that she’s so positive and yung fighting spirit niya na lumabas regardless of what was thrown at her, sobrang nakaka-inspire talaga and I think my main takeaway was there’s always a light at the end of the tunnel and her story really showed me that. She gave herself a purpose and she was also of service to other people. She was able to help so many people and herself given the situation that she had. I felt that was so inspiring na given her situation nakatulong pa rin siya sa ibang mga kasama niya and she just trusted, she prayed, and she believed na, ‘Lalaban ako. Kaya kong makalabas dito. lalaban ako!’” she shared.

Aside from playing the role of Karen, Kaila also got the opportunity to work alongside her as the PBB celebrity housemate also makes her acting debut in the episode with her. During the MMK mediacon, Kaila gave thanks to Karen for the experience.

“Karen it was an honor to portray you. You are the epitome of a strong woman for me and I’m just so grateful and it was truly an honor to even play you so thank you for trusting me,” she added.