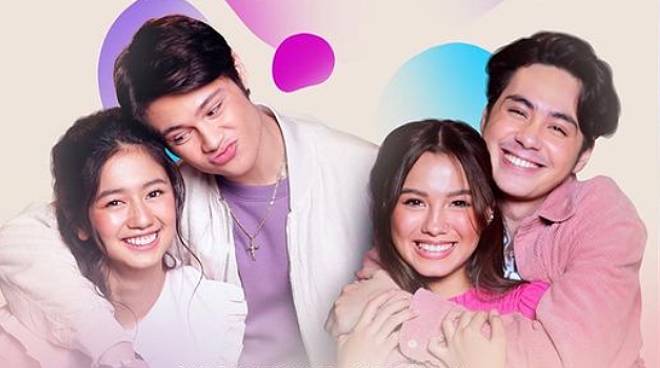 In a first time collaboration with Kumu, Star Cinema announced their latest project with director Cathy Garcia-Molina called Love at First Stream. The blockbuster director revealed that this is the first time she is working on a film where all four lead actors are virtual newcomers in the industry.

“The story was made first. It was one random question from one of the bosses ng Kumu. Nag-create ng kuwento and out of that hinananapan kung sino ang bagay for the roles. Nakailang selection din ng pairs. it wasn’t that easy kasi specially dahil na-workshop ko na yung mga bata. So nakita ko yung mga kapasidad nila and I knew all of them were capable. Mas mahirap mamili sa ganun eh. Maraming marunong. Maraming puwede. So mas madami yung naging pamantayan kung bakit napili yung apat. After that, the story was tweaked based on what these four can give and what their strengths are,” she shared.

The first love team to be introduced was Anthony Jennings and Daniela Stranner who were first paired onscreen in the 2020 series Make It With You. In Love at First Stream, Daniela plays a street smart girl named V who ends up meeting a low-key, hardworking guy named Christopher (played by Anthony) through the streaming platform Kumu.

Daniela revealed that she and her leading man already had an understanding even before they start shooting the project.