Actress and vlogger Jessy Mendiola talks about her plans to start a family with husband Luis Manzano. 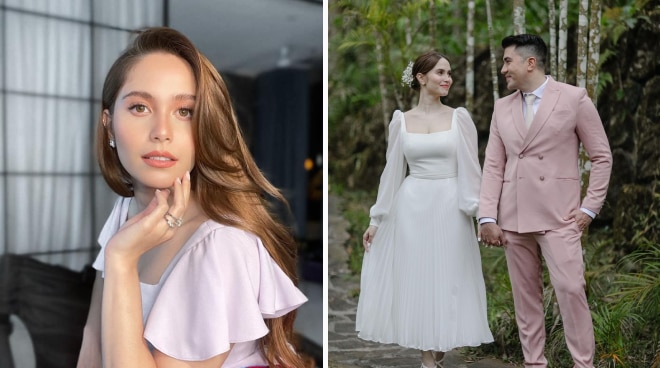 After getting married to Luis Manzano last February, Jessy Mendiola said she has changed, like how she makes it a point to take care of herself now.

The 28-year-old actress denied rumors that started circulating online earlier this year that she and Luis already have a baby on the way.

“Actually iniisp ng lahat pregnant ako eh. I’m not yet [pregnant]. I’ll tell everyone naman, don’t worry about it. I miss acting. I miss taping. I miss all of my katrabaho but siguro medyo hindi ko pa siya priority now kasi ang dami ko pang ginagawa na iba. I’m really focused on building my life with Luis and yung digital [projects] ko rin ang daming nangyayari. But I would love to go back. As in I miss acting, I miss shooting and hopefully sana may good script soon,” she admitted.

Jessy said that aside from enjoying married life, they are also prioritizing having a baby which is why she has not gone back to acting just yet.

The new Cathy Valencia endorser also shared how big a family she and Luis want to have someday.

In their rental home vlog posted this month, Jessy and Luis revealed that they had already assigned one of the rooms in their temporary home as the baby room.