Chanty remarked that she was able to utilize her learnings from ABS-CBN during her K-Pop training in Korea. 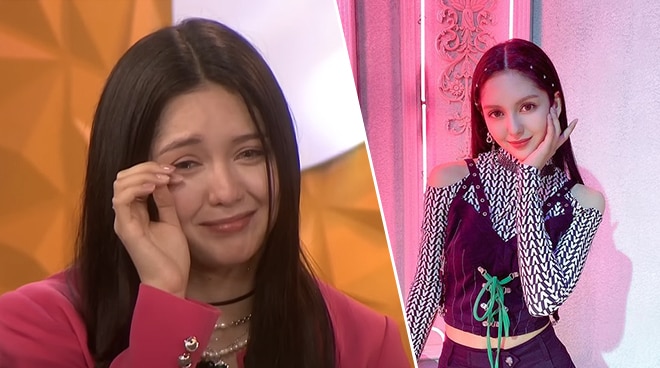 Lapillus member Chanty could not help but be emotional after walking down memory lane and seeing a clip of her previous ABS-CBN show during her guest appearance in PIE Channel's Piegalingan.

Chanty relayed that her experiences in the Kapamilya network became her foundation to thrive in her training in Korea as a K-Pop idol.

The K-Pop star was also asked how she feels visiting the Philippines again after two years of training in Korea.

Chanty also extended her gratitude to their Filipino fans for the warm welcome they received.

On what she missed most about the Philippines, Chanty confessed that she misses the food.

It was in June when Chanty made her debut as a K-Pop idol as part of Lapillus.

The music video for their debut single "Hit Ya" premiered on June 20.

"One of the charming points of our group is that we’re so diverse, we come from different backgrounds, we speak many languages so if we go to a certain country, we could communicate with our fans there," she said in a virtual interview with the Philippine media back in June.

"Since we just debuted, we’re going to focus on our promotions here in Korea, but our company as well as Lapillus, we have this desire to go more global and meet our global fans as well. For now, we only have English lines with the lyrics. Maybe in the long run, it could be possible [to include Filipino lines]. Who knows?" she added.

The group is currently in the Philippines for a fan meet and series of guest appearances.