Chanty alongside the other five members of Lapillus will make their debut this June. 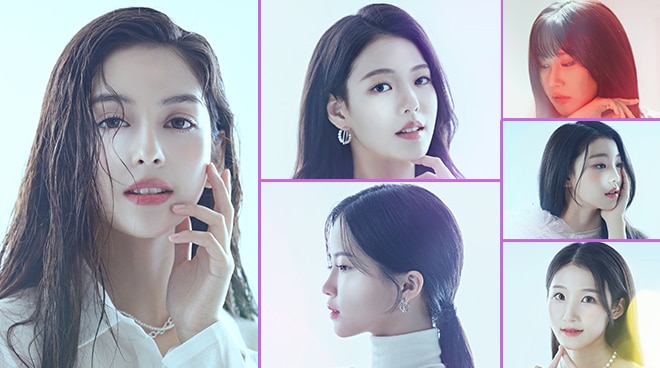 MLD Entertainment has revealed all the members of its newest girl group Lapillus.

Among the members is 19-year-old Filipino-Argentinian Chantal Videla who now goes by the screen name Chanty.

Other members include Shana, Bessie, Haeun, Seowon, and Yue.

Lapillus is the first girl group of MLD Entertainment since MOMOLAND debuted in 2016. The K-Pop girl group will have their debut this coming June.

Fans of Chanty in the Philippines took to social media to express their excitement for her debut.

"Chanty thank you for bringing Filipino pride into the K-Pop industry," one fan said.

"Please raise our flag Chantal Videla, we are really proud of you," another fan commented.

It was early this May when Chanty and Shana were first announced as the members of the girl group.

"The next girl group, LAPILLUS, is preparing more meticulously to debut around June. It consists of members who speak Spanish, English, Tagalog, Chinese, and Japanese," MDL Entertainment CEO Lee Hyung Jin, CEO of MLD Entertainment, told Star News early in May as translated by allkpop.com.

Prior to her K-Pop debut, Chanty starred in a K-Pop music video with duo JT&MARCUS for their debut digital single "Dear You."

In an interview with Star Magic News in October 2021, Chanty opened up about her experience being part of the said music video.

"Super exciting po. Siyempre I am very grateful kay God na ako 'yung nabigyan ng ganitong pagkakataon. As a big fan of K-Pop, this is really a dream come true and it's an answered prayer," she stated.

Before venturing into the K-Pop scene, Chanty was part of the Star Magic Circle Batch 2018 in the Philippines.

She starred in various ABS-CBN series including Spirits: Reawaken, Hiwaga ng Kambat, and Starla, among others.

Chanty was born to a Filipina mother and an Argentinian father.