Kathryn Bernardo and Daniel Padilla shared a special message for their loyal fans as they marked their 11th year as a love team on Sunday, September 4. 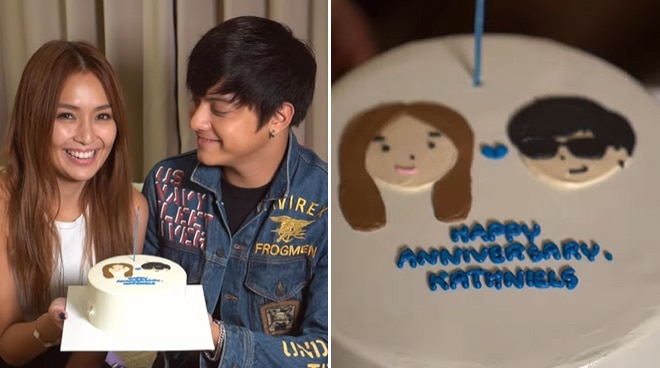 Kathryn Bernardo and Daniel Padilla shared a special message for their loyal fans as they marked their 11th year as a love team on Sunday, September 4.

On her Instagram page, Kathryn posted a video of her and Daniel as she thanked their fans for their love and continued support.

"Happy 11th anniversary to the best fandom anyone could ever ask for! Thank you for the 11 wonderful years, KathNiels. Growing up with you is something that we'll cherish forever, and reminiscing all the memories we've shared will always bring a smile to our faces," she wrote.

Kathryn and Daniel became a love team in 2011 via the weekly youth-oriented series Growing Up, where as early as that time, Daniel had already been candid about his admiration for Kathryn.

They went on to star in more small and big screen projects together, including the hit series Got to Believe, Pangako Sa 'Yo, and La Luna Sangre, and the blockbuster films She's Dating the Gangster, Barcelona, and The Hows of Us.

Previously, the real-life couple shared the secret to their strong partnership, which has become the blueprint for other love teams in the showbiz industry.

"There’s no exact formula talaga na, 'Okay, if you do this, magiging 10 years din kayo ng love team niyo, ito ‘yung secret.' But I think, if there’s something na since day one, up until now, 10 years after, it’s respect and teamwork. Iyon ‘yung ginagawa namin ni DJ over the years," Kathryn told ABS-CBN News when asked about the secret to their longevity as a tandem.

Currently, Kathryn and Daniel are stars of the popular series 2 Good 2 Be True, which airs weeknights on Kapamilya Online Live, A2Z, Jeepney TV, Cinemo, TFC IPTV, and TV5, with advanced episodes available on Netflix and iWantTFC.