After the mistake, Gretchen Ho made sure to release an apology in the September 2 episode of her show. 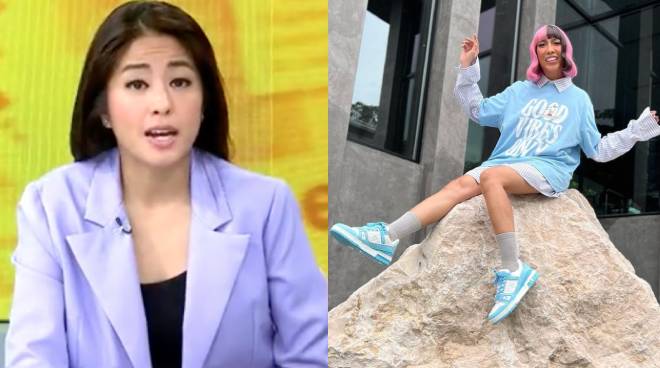 News anchor and TV personality Gretchen Ho apologized to both host-comedian Vice Ganda and actress Marian Rivera after it was mistakenly reported that the two stars had a previous tiff during the September 1 episode of Frontline sa Umaga.

We issued an erratum this morning on #FrontlineSaUmaga for yesterday’s erroneous news report.

Rest assured, we are reviewing internal processes to make sure this doesn’t happen again.

Apologies to @vicegandako and Ms. Marian Rivera. We will do better. https://t.co/RJFuGd8Hby

“We issued an erratum this morning on #FrontlineSaUmaga for yesterday’s erroneous news report,” Gretchen tweeted.

While Gretchen delivered her apologies to both parties, she assured viewers that they have been reviewing internal processes to make sure that a mistake doesn’t happen again.

Meanwhile, Vice saw the sincerity of the TV personality and replied to her tweet.

“Thank you @gretchenho. I appreciate it,” Vice shared.

This came after Vice blew up on Twitter calling out the fake news that TV5’s program, Frontline sa Umaga, reported. The unkabogable star was frustrated with the way they framed the hug he shared with Marian at an event.

The actor-comedian demanded accountability from the program as the news they shared was not only fake but malicious. Gretchen was quick to reply and investigate the issue and was very hands on with the investigation.