‘Monarch’ actor Inigo Pascual reveals how it feels to step out from his father Piolo Pascual’s shadow with the release of his first international drama series. 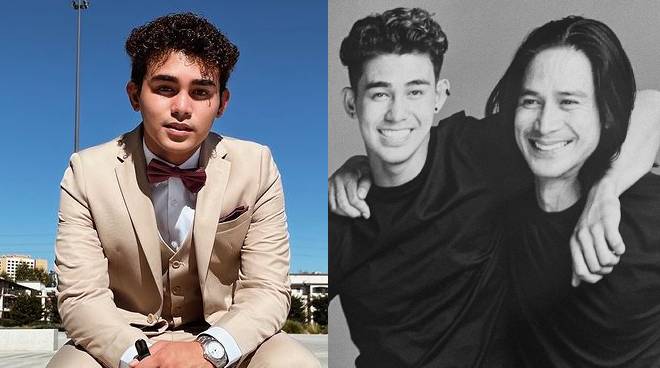 After turning 25 on September 14, actor and singer Inigo Pascual shared he is on a career high this year with the release of his first American drama series Monarch now available for streaming on iWantTFC.

“I guess I’m just grateful sa lahat ng blessings na dumarating and a lot of good things that have been happening with my life, a lot of things that I never would have expected to happen at this age.

“Siguro ang mahihingi ko lang is siyempre more success in my career and that this project will not only bring success to me but also will open doors for the artists in the Philippines to cross over, to be able to share what we have in the Philippines to the world stage. I want to be able to share my music internationally. Sana mas maraming makinig sa kung anong meron sa Pilipinas,” he said during his Monarch online presscon last September 12.

During his presscon, Inigo recalled how worried he was even while auditioning for the project, which had him being pitted against other American and foreign actors.

“Siyempre sa Pilipinas andun yung suporta ng mga kasama ko, my management and everyone, my dad. But then all of a sudden, coming into this project, it was like starting from ground zero. I was starting from nothing. No one knows me, no one knows who my dad is and it was scary, of course. And I was scared for myself. But it feels good na in a way na mas kaya kong i-show yung mas kaya kong ibigay. It’s scary to say that but it makes me feel proud that I’m able to do a project like this where I can showcase my own personality and my own talents and not just be called Piolo’s son,” he revealed.

Last year, Inigo’s first taping day was extra memorable because it was also on his 24th birthday. The talented artist admitted he did not know what to expect in his first international production.

“Siyempre yung unang unang araw ko sa set, unang tapak ko wala akong RM (road manager), wala akong handler na sasama sa akin. I’m on my own and first day ko sa set hindi ko alam saan tatambay. Hindi ko talaga alam kung saan ako pupunta. Nahihiya akong magtanong. And then after they did my makeup, nakaupo lang ako sa makeup trailer tapos hanggang sa I needed to use the restroom. And then nung nagtanong ako, ‘Where can I use the restroom?’ Sabi nila sa akin, ‘You have a trailer. Why don’t you use the restroom in your trailer?’ Tapos natulala ako. Lumabas na ako tapos tiningnan ko kasi madami talagang trailer sa set namin and hinanap ko yung pangalan ko na either Ace or Inigo. And then I found Ace and then I entered the trailer and umiyak ako kasi siyempre hindi ko in-expect na I would have my own trailer.

Tune in to Monarch first on the iWantTFC app (iOS and Android) and website (iwanttfc.com). The series, which is distributed by Sony Pictures Television, will be available for free for iWantTFC subscribers in the Philippines and later on other ABS-CBN’s platforms.