Kim Chiu’s definitely having so much fun in the US. 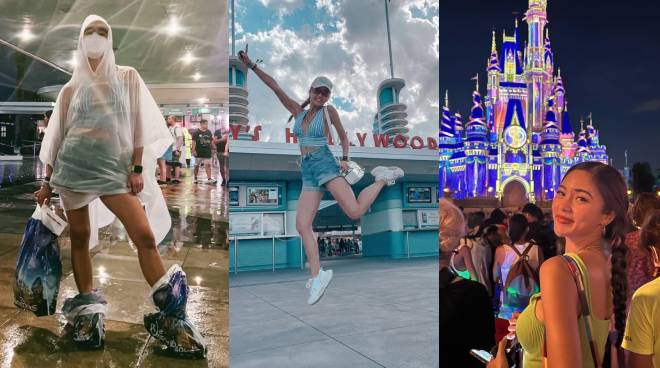 Days before performing in front of her fans for the Beyond the Stars: Star Magic US Tour on August 6, actress Kim Chiu spent her free time wandering around Disney World in Florida.

On Instagram, the actress shared some glimpses of her Disneyland tour from the moment she entered until she left the amusement park.

Aside from exploring the different rides Disney World had to offer, Kim also took the opportunity to watch the fireworks display at night.

Aside from the fireworks, the 32-year-old entertainer also met some Disney princesses and even had the chance to pose with them in the photos. While it was super-hot during the day, rain heavily poured at night which made Kim improvise and be witty when it came to covering her shoes.

“DISNEYLAND FASHION WEEK!!! Category is BAGYO CHRONICLES! make use of what you have,” she quipped.

Kim is in the US for the Beyond the Stars: Star Magic US Tour alongside different Star Magic artists such as Charlie Dizon, Maris Racal, Carlo Aquino, Donny Pangilinan, Belle Mariano, among others. They are set to perform in New York, San Francisco, and Los Angeles.