Kim Chiu is happy to be reunited with her boyfriend Xian Lim after almost a month of being away from each other. 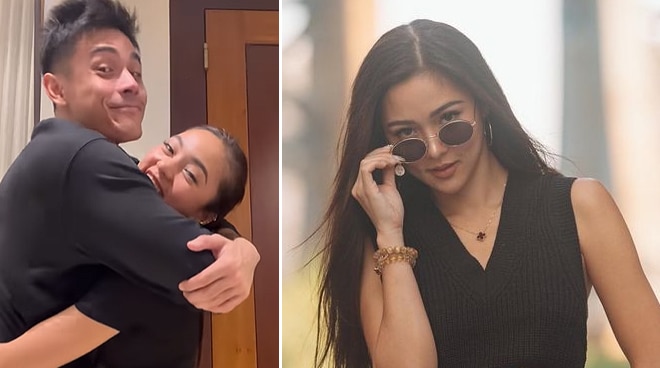 Kim Chiu was happy to be reunited with her boyfriend Xian Lim after almost a month of being away from each other.

Kim, who was away for several weeks for the US concert tour Beyond the Stars, posted an Instagram reel showing her sweet reunion with Xian on Thursday (August 18).

"Finally!!! Complete again after almost a month! Huggsss!!!!" she captioned her post.

"Awwwwwww," wrote Xian in the comments section, followed by a string of red heart and smiling emojis.

Kim was among the several Star Magic artists featured in the Beyond the Stars concert tour, which concluded last August 14 in California after three successful stops in New York, San Francisco, and Los Angeles.

In her post after the tour, the Kapamilya actress said she was going home "with a happy heart" and "so many memories in my luggage", as she thanked Star Magic for including her on the tour.

READ: Kim Chiu goes over New York aboard a helicopter

Kim, 32, has since returned to the noontime program It's Showtime" as one of its mainstay hosts.