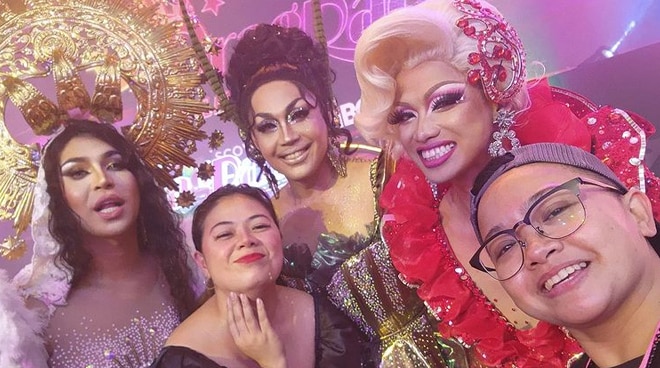 After celebrating his 34th anniversary in showbiz last year, singer and actor Ice Seguerra shared with his social media followers that he was working on a project which would mark his directorial debut. This year, the 38-year-old artist took on a major directing role as co-director of the competition television series Drag Race Philippines.

On his Instagram account, Ice dedicated a loving post to all the drag queen contestants on their show. “When I signed up as #DRAGRACEPH co-director, being a fan of the show, alam ko na mag eenjoy ako sa trabaho na 'to. But I never expected this to be so much more.

“I never thought I'd care for all of you and love you this much. Jusko, feeling ko, anak ko kayong lahat. There's nothing I want more than to see you shine. I want to be there and support all of you every step of the way, in any way I can.

“Marami pa kayong pagdadaanan but you can be rest assured I will always be here rooting for you (at kung kailangan kayong pagsabihan, andito rin ako).

S”hine on, my dearest Queens! This is the beginning of the rest of your lives.

“I feel nothing but pride as you embrace this new path as a director. Grabe ka din magpasabog. Directorial debut mo pa lang eh global na, tapos reality series pa. To top it all off, paborito pa nating show. Waaaah!”

Ice was last seen in the iWantTV series Call Me Tita in 2019. He also played the role of Jodi Sta. Maria's sister in the highly successful 2014 daytime series Be Careful With My Heart. He was also part of ABS-CBN shows like Ysabella and various episodes of Maalaala Mo Kaya.