Yassi Pressman has confirmed being in a new romance as she took to Instagram to greet her boyfriend, Jon Semira, on his birthday. 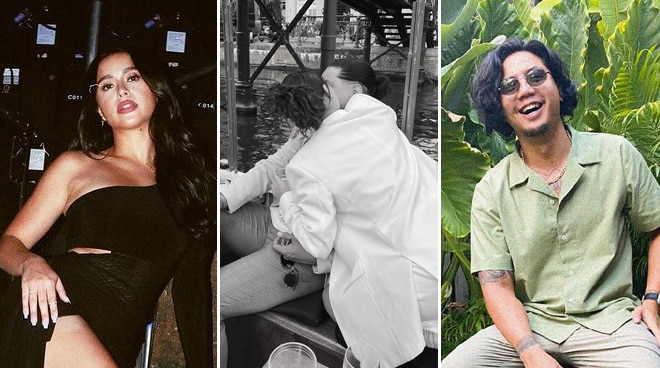 Yassi Pressman has confirmed being in a new romance as she took to Instagram to greet her boyfriend, Jon Semira, on his birthday.

In her post, Yassi shared a sweet snap of herself kissing her boyfriend on the cheeks while on a boat ride in Amsterdam.

"HBD. so happy with where life has brought us, so lucky to have you calm my anxieties, hold my hand, push me to become better & empower me," she wrote in the caption.

"I promise to keep giving u surprise cheek kisses at random times of the day even when u think I'm kulit."

Based on his Instagram account, Jon is a businessman based in Toronto who owns the personal care line Wavee. He also co-founded the pet accessories line Presidential Pawsclub, which Yassi and her sister Issa launched in late 2020. Moreover, Jon is the COO of Wewe Media Group, a marketing agency in Singapore.

He and Yassi went together to the wedding of celebrity couple Patrick Sugui and Aeriel Garcia in Batangas last April. He also joined the actress when she met with NBA star Damian Lillard in L.A. in July last year.

Meanwhile, among those who expressed their support for Yassi's new relationship were Liza Soberano, Jolina Magdangal, Gab and Kiana Valenciano, Chie Filomeno, and Tim Yap.

Before revealing her new romance, Yassi was linked to Coco Martin, her leading man in the hit ABS-CBN drama FPJ’s Ang Probinsyano. Both, however, denied having romantic ties, with Yassi insisting that the actor — who is now believed to be in a relationship with actress Julia Montes — is just a "really, really good friend."