Zsa Zsa Padilla admitted that she’ll be missing the beautiful city of Niš. 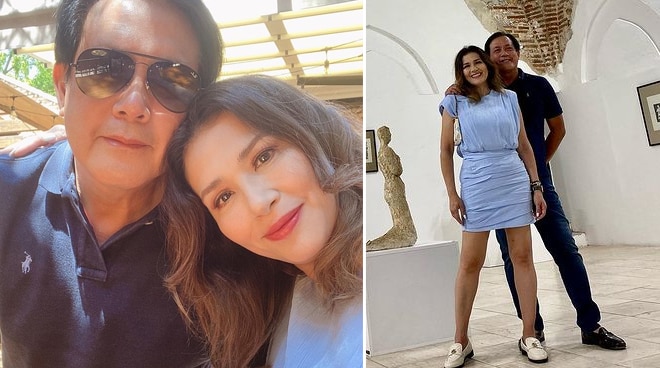 The country’s Divine Diva shared some of their trip’s highlights on her Instagram.

“Went around the city before heading home tomorrow. Thanks to our wonderful hosts! Thank you for teaching us about the history of Nis. The food has been so good! Will miss my early morning walks at your parks and will miss your beautiful city 🇷🇸,” she wrote.

The 58-year-old singer went to Serbia to visit her daughter, Zia, who recently got married to her husband, Aleksa. Zsa Zsa has been spending the week touring around. She also had the chance to meet the family of her daughter’s husband.

Zsa Zsa and Conrad, who will return to the Philippines soon, made sure they made the most of their final hours in the Balkan country. In her reel, the singer-actress and her partner were seen roaming around the busy streets of Niš.

She also shared some of the food they had eaten throughout their trip. Aside from touring the city, Zsa Zsa also enjoyed having her morning strolls in the parks with Conrad.

In one of her posts, she shared that she and Conrad even made a new friend in the form of a dog who accompanied them on one of their morning walks.

Zsa Zsa and Conrad marked their eighth anniversary last March. In a previous interview, the singer-actress admitted that the romance between them was something that just happened as she never planned on falling in love with him.