Singer Zsa Zsa Padilla appeared to confirm speculations that her daughter Zia Quizon is getting married, as she flew to Serbia earlier this week. 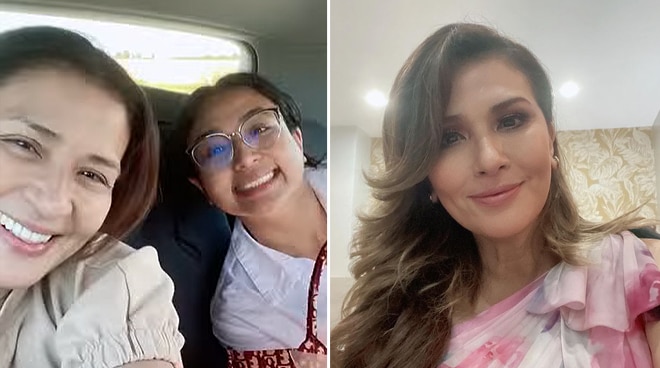 Singer Zsa Zsa Padilla appeared to confirm the speculations that her daughter Zia Quizon is getting married, as the two reunited in Serbia earlier this week.

On Instagram, the country's "Divine Diva" shared that she travelled all the way to the Balkan country so she could be with her youngest on "her special day."

"Travelled to be with my bunso on her special day! Took the evening flight to Istanbul then connecting flight to Belgrade. Zia and fiancé Aleksa and his Dad came to pick me up at the airport. Took another 3-hr ride to Nis, Serbia. So here I am, [jetlagged] but super happy! Can’t wait to meet the rest of the family!" she wrote in her post.

It was only last Sunday, July 10, when Zia hinted that she's getting married through a poem she wrote for her father, the late Kind of Comedy Dolphy.

How I miss you,

How I wish that you were here,

To walk me down the aisle,

And maybe shed a tear

I knew this day was coming,

And I knew that you’d be gone,

But still I hear you humming,

Strumming to a joyful song

No, it isn’t how I planned it,

There is family that’s chosen,

And I chose what’s best for me

Maybe somewhere you are watching,

Over on some distant star,

And I’m sorry you won’t be here,

But the truth is that you are.

Her post came with a photo of a necklace and what appears to be a pair of wedding rings. Beside them was a wooden disk with the text "aleksa + zia" written on it.

Zia, 30, was previously in a relationship with Martin Nievera and Pops Fernandez's eldest son Robin.

The singer, who is known for her hits "Ako Na Lang" and "Pasakalye", is the youngest daughter of Zsa Zsa and Dolphy. The pair also has an adopted daughter, Nicole Quizon.