Nash Aguas and Mika Dela Cruz spent some time off their work to relax and bond. 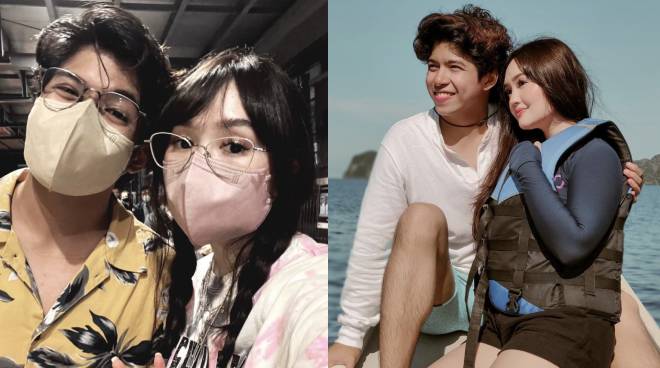 Former child stars Nash Aguas and Mika Dela Cruz enjoyed their first plane ride as a couple as the two went to El Nido in Palawan for a vacation. In her Instagram post, the actress said she is excited for their future trips together.

“Almost 4 years together & this is the first time that I got to experience traveling by plane with you ✈️ Can’t wait for the next adventure where we are faced with countless opportunities for growth and creating core memories,” she wrote.

The couple’s followers saw glimpses of their vacation in Palawan through Mika’s posts. According to the actress, the plane ride going to their vacation marked the first time she’s boarded a plane ever since the pandemic hit the country. She considered this trip of theirs as a cute milestone for her.

In 2018, Nash revealed in a press conference for his show with his former love team partner Sharlene San Pedro that he had been dating Mika. He admitted that he courted the actress for a year.

They have been together for almost four years already. Previously, Nash dated actress Alexa Ilacad who is now rumored to be dating her love team partner and fellow Pinoy Big Brother ex-housemate, KD Estrada.

The two were part of the ABS-CBN kiddie gag show, Goin’ Bulilit, where the two became childhood friends.