Robi Domingo’s prank was a success. 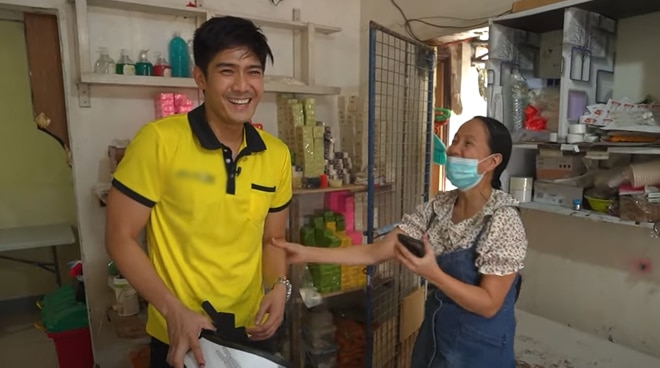 Robi Domingo went around the Metro to pick up parcels from five lucky sellers, dressing up as a rider himself.

Robi went as far as changing clothes, wearing the yellow polo shirt worn by the riders of the courier company. He also had a rider delivery bag with him to make his overall look even more believable.

To hide his identity, the Pinoy Big Brother host wore his helmet even after reaching the homes of the sellers.

It seems his prank was a success as everyone was surprised after showing his face. The five sellers lit up after he revealed himself.