Anne Curtis channeled her inner ‘Dyesebel’ as she went freediving in Panglao, Bohol. 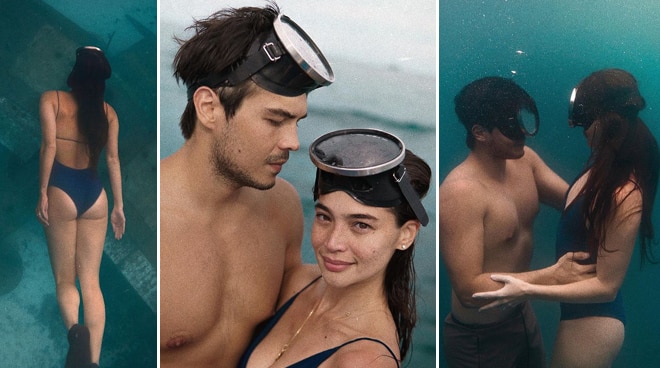 Anne Curtis channeled her titular character in the 2014 hit series Dyesebel as she went freediving in Panglao, Bohol.

The actress and television host was joined by her husband Erwan Heussaff during her freediving session which were documented by underwater photographer Martin Zapanta.

Sharing on Instagram a photo of herself swimming towards an airplane wreck, Anne wrote: "Morning dip. Next time, I'll make it all the way down to the [plane] in one breath... 'Di na kinaya ng Dyosabel powers ko."

Erwan also uploaded photos taken by Martin on his page, with a caption that read, "Checked out the new airplane wreck in Panglao and had a few laughs with this one."

The celebrity couple was recently in Bohol for a beach vacation with their daughter Dahlia Amelie, as well as Anne's siblings Jasmine and Tomas Curtis-Smith.

Currently, Anne is gearing up for her highly anticipated return on the hit noontime program It's Showtime, following a more than two-year hiatus from showbiz to focus on her new role as a mother.

She is also set to hold a live concert titled Luv-Anne! The show will be held this coming June 11 at the Newport Performing Arts Theater of Resorts World Manila.