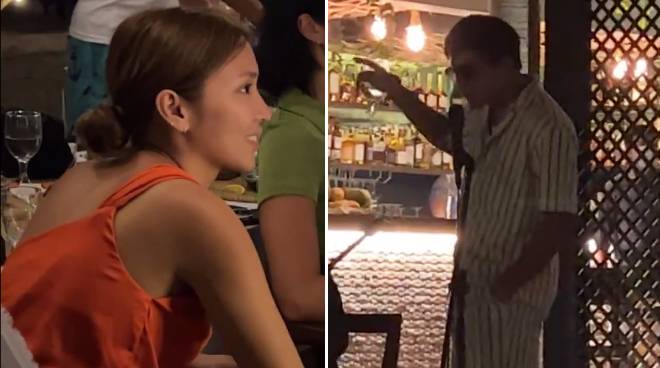 In one clip after Kathryn’s birthday dinner last March 26, Daniel Padilla was shown wearing resort wear with a drink in hand while performing with the resort’s performers. Before singing, he dedicated the song to his longtime girlfriend and upcoming leading lady in the rom-com series 2 Good 2 Be True (2G2BT) which is set for release later this year. “Cheers guys. Happy Birthday, love!” DJ said before entertaining the crowd with his rendition of Bamboo’s song “Truth” which was first released in 2005.

LOOK: Daniel Padilla and Kathryn Bernardo are dog sitters for a day

Viral Scandal star Joshua Garcia was also in attendance on the island along with the couple’s close friends in showbiz Ria Atayde and Alora Sasam who both celebrated their birthdays this month as well.

DJ and Kath are set to star in their latest rom-com series “2G2BT” slated for release later this year. The series will be directed by Mae Cruz-Alviar who first worked with the couple on the 2015 film Crazy Beautiful You.