Karen Davila opens up about her journey as a mother. 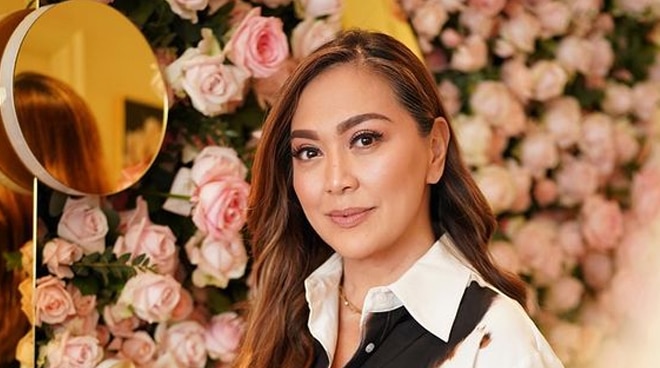 ABS-CBN broadcaster Karen Davila remarked that her "biggest challenge" and her "hardest struggle" in life is her son David, who was diagnosed with autism.

Karen relayed that when she and her husband DJ Sta. Ana learned that David has autism, they cried for two weeks.

"Sinabi ng doctor noon na there is no cure. What I did was go to foreign doctors who actually gave a different treatment for autism. It was a committed lifestyle of change and si David today is not the same person. When you have a child with autism, you are committed. It is unconditional love,” Karen said.

The TV Patrol anchor further explained, "Kasi David today he is present in the moment, he speaks, but he was not that way before. So many parents, ikaw na you're a mother, you feel so fulfilled na kinakausap ka ng anak mo," she said.

Karen relayed that she already told Lucas that he has to take care of David when the time comes that she and her husband are no longer here.

"Lucas turned out to be a typical child. Lucas is the one na binilinan ko na that, ‘You have to take care of your brother. One day, if me and your dad are not there anymore, you have to be the one na dapat kaibigan at kakampi.’ In the very essence, I told Lucas that has to be him," she said.

When asked if one of her biggest fears is leaving David too early, Karen replied, "Absolutely. Believe me when I tell you, I have fear sometimes that if I am gone early. Of course I pray na and I know that I will stay with them for a long time."

Karen also talked about David's near-death experience back in 2019 when the latter had a seizure.

"Don't get me wrong, I think many of us are prepared to lose a parent, even a husband or a wife, but not a child. I think that's the hardest," Karen said.

She added, "That was a life-changing moment for me when David was about to die. We were able to rush him to St. Luke’s. After that, it was a recommitment to David. So when people ask me, ‘Is your commitment to your son’s autism for life?’ It is for life."

Karen also remarked that what happened also taught her so much about humility.

"That was the first time wherein I wasn't in control of anything so I feel that has changed me mentally, spiritually, emotionally and I would never cry today now that I'm 51 because of work. But it's [because of] people that we love," she said.