After rekindling their romance, Jomari Yllana and Abby Viduya are rediscovering love for each other again. 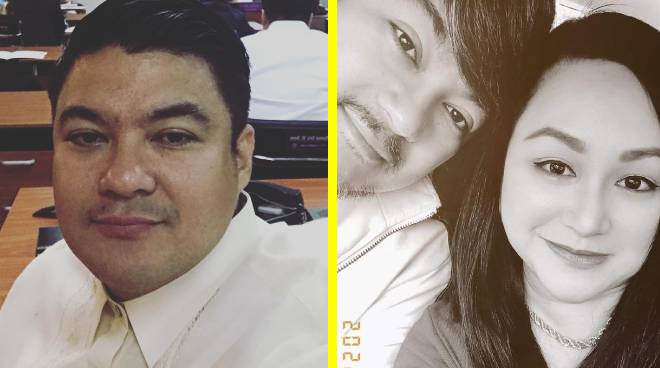 “My first and my last, my love and my life,” said Jomari Yllana in his Instagram post last October 11, 2022 to celebrate his second anniversary with girlfriend Abby Viduya.

“Everything makes sense since you came back,” he added. “Happy anniversary.”

Jomari and Abby’s love story spans many years, going back to when they were just teenagers. They first became a couple when they were 15 years old, but eventually broke up.

“He was my first love, first boyfriend, first kiss, first of everything,” revealed Abby.

Eventually, they each went their own way. Jomari had other serious partners, as did Abby. Jomari went into politics, while Abby retired from showbiz and migrated abroad. In 2019, Abby decided to try her hand at showbiz again and became part of the ABS-CBN series FPJ’s Ang Probinsyano.

Abby was still in Canada when she reconnected with Jomari via social media, but it was only when she returned to the Philippines that things fell into place between them. Surprisingly, it was as if they just picked up where they left off decades ago.

The two lived together through the pandemic, and rediscovered each other once again.

“Admittedly, it was hard during the beginning of the pandemic. We were still adjusting to being with each other, but we survived because we respected each other’s quirks,” shared Abby. “We weren’t okay all the time. There were moments, too, when one of us would feel angry and frustrated with the other, but we already know how to handle those situations.”

At this point in their lives, they have learned to temper their emotions already.

“Live in the moment. Deflect negativity,” declared Jomari. “We observed that negative things always happen to people who are negative thinkers because they attract what they think.”

They also appreciated the value of time and making the most of it.

“We realized that if you want to say anything, especially to the person you love, just go ahead and say it,” shared Jomari. “Don’t waste time because you don’t know what’s going to happen to you tomorrow or the next day. Abby and I now make sure to express our feelings to each other.”

Jomari hasn’t kept his plans to wed Abby a secret.

“I want to marry Abby before I end my term as councilor,” Jomari stated bluntly. “We are both pacing ourselves when is the best time to tie the knot and where. But we both agreed to settle down. After all, we are not getting any younger.”

The matter of where is just a minor detail they have to iron out.

“Abby’s family is from Canada. From my family naman, some are in the US, in Dallas. Bicolano ako, Ilocana siya,” explained Jomati. “We will have to decide on the best venue to hold our wedding. Will it be the Philippines, US or Canada?”

Wherever they end up in, what is important to Jomari is that he officially makes Abby his wife.

This wish is something that Jomari has always told Abby, who sports a ring around her finger although no marriage proposal was made public. Given a choice, Abby is content with a simple and intimate wedding. She is just happy to be sharing her life with Jomari.

“I’ve always wanted a simple wedding, one that’s spent with family and friends. It’s Jom who said he wanted to see me walk down the aisle. Given the chance I would like that, too,” shared Abby.

“He is my first and last, so spending the rest of my life with him is going to be the best thing that’s ever happened to me,” she added.