After months of keeping mum on rumors that she and her husband Rob Mananquil have split, actress Maxene Magalona finally confirmed that she is now single. 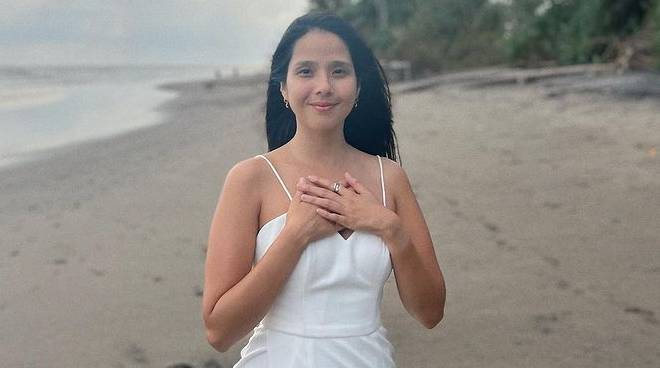 After months of keeping mum on rumors that she and her husband Rob Mananquil have split, actress Maxene Magalona finally confirmed that she is now single.

The Viral Scandal star opened up about her status in a social media post this Friday, October 14, where she talked about her happy life as a single and childless woman.

“No date? No problem! Perks of being single and childless: You have full control of your schedule. You can literally do anything you want on any day at whatever time,” wrote Maxene.

“I watch movies in the cinemas alone, take myself out on dates and go on long solo drives especially when my vibration is low. One time, I even felt the sudden urge to buy crystals for extra protection and I was able to do it easily because I have no one else to think of but myself. Life is all about perspective. Do you see your glass half empty or half full? I see mine overflowing.”

Rumors that Maxene and Rob had separated surfaced early this year, after eagle-eyed fans noticed that Maxene dropped Mananquil as her surname on Instagram, as well as severed ties with her husband on the platform.

Maxene and Rob tied the knot in a church ceremony and a beach wedding in Boracay on January 11, 2018, less than a year after they got engaged in Japan. The couple was last seen together when they went to Bali, Indonesia for a yoga teachers training in 2020, and decided to extend their stay there until early 2021.

As of this writing, both Maxene and Rob have yet to directly address speculations about their apparent separation.