Rica Peralejo gets emotional reflecting on her children getting older: ‘nothing is permanent’

Rica Peralejo gets emotional reflecting on her children getting older: ‘nothing is permanent’ 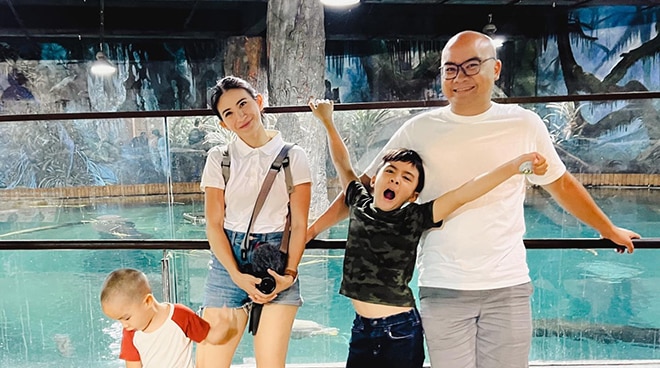 Former actress Rica Peralejo shared a glimpse of her children playing with a water hose on her Instagram. The actress revealed how she felt watching her children get older as time goes by.

“Watching this happen yesterday broke my heart in a million little pieces,” she wrote.

READ: Rica Peralejo reminisces about her showbiz beginnings at ABS-CBN

In the Instagram reel she uploaded, her children were enjoying each other’s company while the actress watched them play. She also shared a photo on her Instagram stories showing their grandmother, Alicia Peralejo, spending time with them.

Rica couldn’t help but reminisce about her childhood and what it felt like decades ago. She shared that she sees the resemblance between her children’s experiences with her experiences back when she was still a child.

The former actress got emotional and shared her opinion on aging. Rica admitted that she has been thinking about her age lately and thanks to her friend, she had another point of view on aging.

“Maybe that is what makes one grateful, afraid, and mindful all at once. When we understand that ‘This, too, shall pass,’ then we can live life accordingly. We can live it well, wise, and in humble surrender,” she wrote.

Rica hoped that one day she would also see her grandchildren playing the same way as she and her sons did.

Rica married her husband, Joseph Bonifacio, back in 2010. The couple have two sons named Philip and Manu.