Kiko Estrada stirred up speculation about his relationship with Heaven Peralejo after the actor appeared to have unfollowed his girlfriend on Instagram. 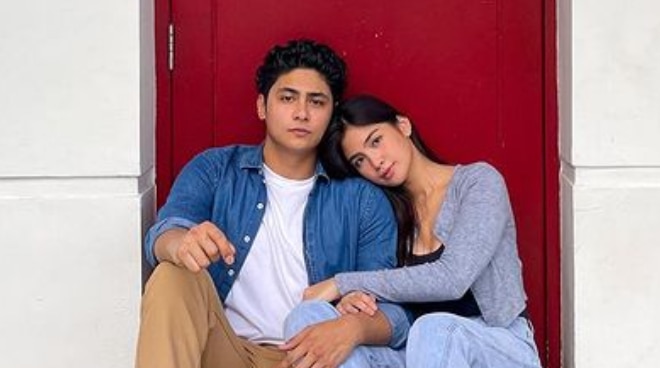 Kiko Estrada stirred up speculation about his relationship with Heaven Peralejo after the actor appeared to have unfollowed his girlfriend on Instagram.

On top of this, he also removed photos of Heaven completely from his page. Currently, Kiko has zero posts on his Instagram account and is not following anyone. 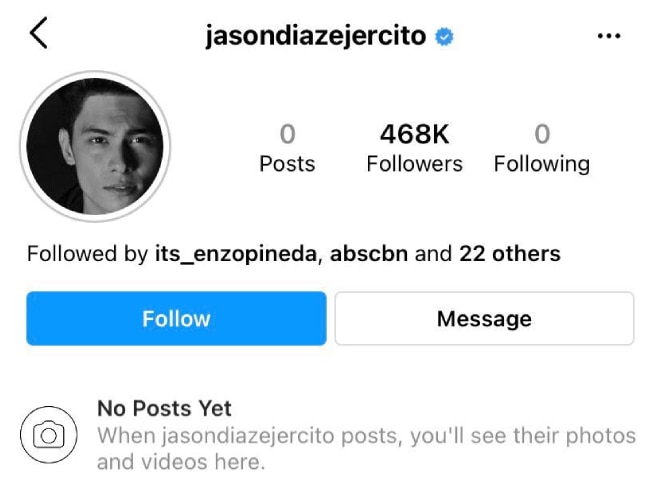 Heaven, meanwhile, appears to still follow Kiko, with their photos still visible on her page as of this writing.

Kiko unfollowing Heaven and deleting their photos came only days after the couple marked their third monthsary together.

As of this writing, neither Kiko nor Heaven has addressed the fresh round of rumors about their relationship.

It was in early August when Kiko, 26, and Heaven, 21, confirmed their romance after months of rumors romantically linking them together.

At that time, Heaven was being tagged as the supposed third party in Kiko's breakup with his then-girlfriend, Devon Seron—an allegation which the former vehemently denied.

In his recent tell-all interview with host Ogie Diaz, Kiko also cleared Heaven's name as a factor behind the end of his relationship with Devon.

According to the actor, he and Devon were no longer together when he and Heaven, who was his co-star in the ABS-CBN drama Bagong Umaga, started talking to each other.

"Me and Devon broke up on Valentine's Day 2021, and then me and Heaven [started talking a month after]. Pero we were still not together at that point. We were just talking, and trying to get to know each other," he said.

He said he and Heaven became official on May 30, 2021, or just three months after his controversial breakup with Devon.

"I am not a cheater. [Heaven]'s not a third party. There's nothing like that that happened. Kasi kung totoo, tatanggapin ko," he clarified.

"I guess, if you want to blame something on me, it's that I moved on fast," he said. "Maybe that's my fault, but there's no overlapping. I was hurt, too. I didn't want to leave her (Devon), but the situation caused it. Nangyari na 'yung nangyari."