HABA NG HAIR! Kiray Celis’s boyfriend gets her face tattooed on his chest

Kiray Celis’s non-showbiz boyfriend Stephan Estopia shows off his tattoo as a profession of love for his girlfriend of two years. 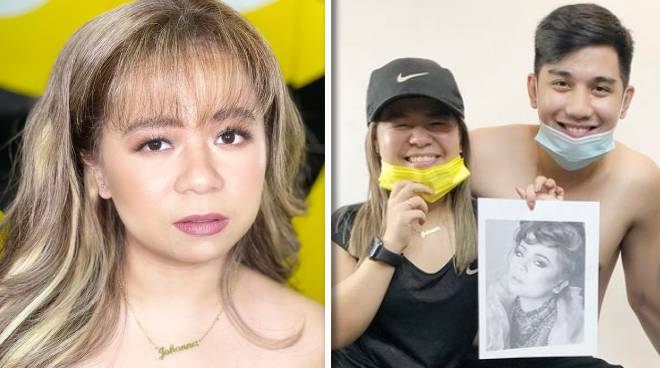 Last month, actress Kiray Celis took to social media to share a loving birthday message for her non-showbiz boyfriend Stephan Estopia. This month, her beau gave her an even grander gesture of love by showing off his latest tattoo, which shows the face of Kiray on the upper left side of his chest.

READ: Kiray Celis professes love for boyfriend on his birthday

The 26-year-old actress and her boyfriend first revealed they were dating in 2019 and have been going strong since then. The couple have also been enjoying making vlogs together for her YouTube channel.

For her latest vlog titled “FOREVER NA ITO! PINATATTOO NG BOYFRIEND KO ANG MUKHA KO! HABA NG HAIR KO!” which she uploaded last September 24, Kiray shared what they did the day Stephan got a tattoo starting off with a stop at a milk tea shop before heading to a tattoo shop. Stephan admitted it was his first time to get a tattoo.

In the vlog, Kiray accompanied Stephan during the whole tattoo session;

Kiray Celis first joined showbiz as a contestant on segment Munting Miss U of the defunct noontime show Magandang Tanghali Bayan when she was just four years old. She was also one of the original cast members of the long-running kiddie gag show Goin’ Bulilit in 2005.