‘The Housemaid’ actor Albert Martinez shares how he prepared for the sensual scenes in his latest sexy thriller. 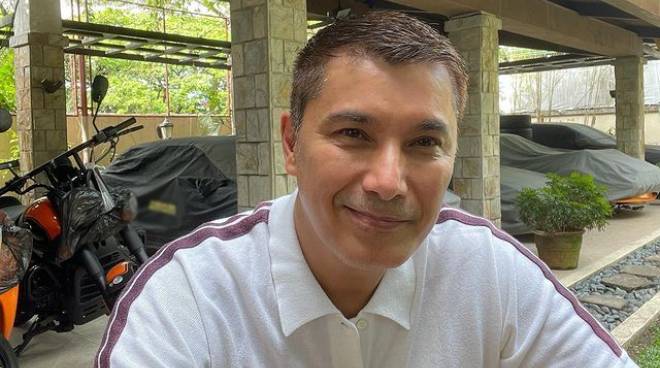 As one of the stars of the film The Housemaid, Albert Martinez said that he did not think twice about accepting the project which is a remake of a 2010 South Korean film of the same name.

“It’s a film that every actor should accept. It’s a once-in-a-lifetime kind of material. You don’t see this kind of material all the time. It’s a film na hindi mo puwede palagpasin. It’s really beautiful material. It’s well-written and to think that the film was an entry at the 2010 Cannes Film Festival (referring to the original) so it’s very challenging for all of us, for me as an actor, for the director, for the entire cast, and it’s an ensemble type of material including the director. We did so well. I’m so happy with the team and kung pinalagpas ko ’to, ito ang pinakamalaking pagsisisihan ko for the rest of my life,” he said.

READ: Albert Martinez on doing a sexy scene with Kylie Verzosa in ‘The Housemaid’: I was very, very careful’

After four decades of doing a multitude of roles in the industry, Albert said he was not fazed by the sensual scenes in The Housemaid.

“It’s my 40th year anniversary. I’ve been in this industry for so long and up to now I’m still challenged by the new type of material that comes in especially like The Housemaid. It’s something that’s out-of-the-box for me. I have not seen material like this before and I’m still open to more challenges. There was a time I got very tired but I realized there’s still a lot of good material still out there so bring it on,” he explained.

Playing the role of an employer who ends up in a secret affair with the housemaid was not a simple role to do according to Albert.

“Emotionally it’s a challenging character for me, it’s not a loud character. He’s a very minimalist character and I have to convince the public of my nuances so they would understand what I’m thinking and what I was planning. So that was the very challenging part and I thank direk for giving me the opportunity to play with the character given my old style in playing the role. So that’s about it,” he said.

Albert also shared that he is happy with his movie comeback project this year.

“Nag-usap kami ni direk Roman (Perez) and I said This is a very challenging character kasi he’s a minimalist character. He doesn’t talk much pero yung nuances niya, you need to feel him. You need to understand what he’s thinking and that made me intersted in the project. I know it’s a bit on the sexy side but then again as an actor, material like this, they don’t come by that easy. So sabi ko I’m going to grab this opportunity and for me it’s the best vehicle for me to return to doing movies again,” he added.