Actor Edu Manzano received a birthday surprise from the cast and crew of his ABS-CBN series ‘Marry Me, Marry You.’ 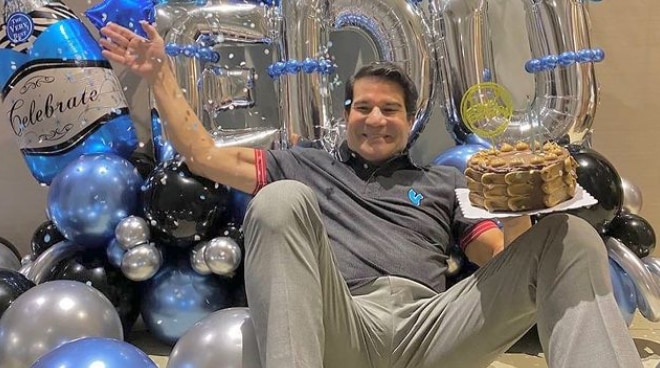 Actor Edu Manzano received a birthday surprise from the cast and crew of his ABS-CBN series Marry Me, Marry You.

"A funny thing happened on the way to my room from the taping of ABS newest teleserye Marry Me Marry You. Hijacked by cast and crew," he wrote as he gave a glimpse of his birthday surprise on Instagram.

More photos were posted by Cherry Pie on her Instagram page, as she shared her birthday greetings for her co-star.

"You are blessed and graced with an amazing life with all that it has to offer, and you’ve lived and continuously living it with so much gratefulness, charisma, generosity, kindness, positivity, and laughter… to more wonderful years that are yet to come!!! Happy, happy birthday, good-looking @realedumanzano!!! God’s abundant and brightest blessings of good health, joy, and love!!! Cheers!" she said.

"Happy happy birthday daddyo!! Love you!" he wrote in his caption.