WATCH: ‘On The Job 2’ gets five-minute standing ovation at Venice Film Festival

‘On The Job 2’ earned praises at the Venice Film Festival. 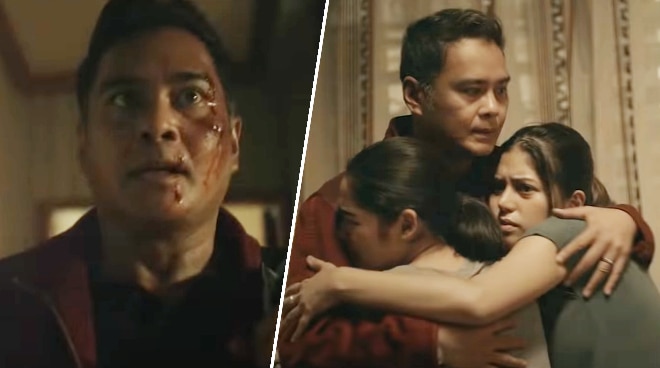 Screenshot from On The Job: The Missing 8 Trailer

Erik Matti’s latest masterpiece On The Job 2: The Missing 8 earned praises at the Venice Film Festival — and proof of that is the standing ovation that lasted for five minutes.

Reality Entertainment shared a clip from the screening of On The Job: The Missing 8 showing the crowd giving rounds of applause to the sequel of the 2013 crime thriller film On The Job.

On The Job: The Missing 8 entered the main competition for the much-coveted Gold Lion prize. It premiered last September 10, 2021.

The film follows the story of a corrupt reporter for a local newspaper who goes on an investigation following the disappearance of his colleagues and a hitman who does everything to regain his freedom.

Meanwhile, John Arcilla won the Volpi Cup for Best Actor award for his role as Sisoy Salas in the film. While Erik Matti received the award on behalf of John, the actor still made an acceptance speech.

“If there’s one thing I will regret tonight, I won’t be able to kiss my Volpi Cup in Venice. I’m the happiest actor tonight because I know we came from different countries, we have different cultures, but I can feel oneness tonight. I can feel that you understand me, and we understand each other because of the arts and cinema. Thank you so much,” he said.

On the Job: The Missing 8 is a co-production between HBO Asia Originals, Reality Entertainment, and Globe Studios.