Erik Matti on Sunday, August 30, revealed he has already finished shooting the much-awaited sequel to his acclaimed crime-thriller ‘On the Job.’ 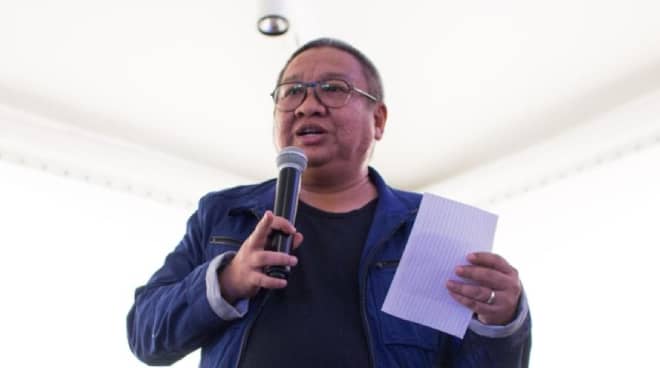 Erik Matti on Sunday, August 30, revealed he has already finished shooting the much-awaited sequel to his acclaimed crime-thriller On the Job.

After almost 3 years, it’s a goddamn fu&#in’ wrap! Thank you to the relentless passion of the staff cast and crew. #OTJ2 #OnTheJob #Missing8

He also expressed his gratitude for the "relentless passion" of the cast and crew of On the Job 2: The Missing 8.

Back in December, Erik said that On the Job 2 might be his "longest film ever both in production length and in running time."

"But with a script as compelling as @michikuda's, I think it’s all going to be worth it," he added, referring to Filipino-Japanese screenwriter Michiko Yamamoto, with whom he co-wrote the original On the Job movie.

Erik initially planned to create an On the Job online series as a follow-up to the first film, but eventually decided to make a full-length sequel instead. On the Job 2 was supposed to be a six-part series that was originally scheduled to be released in June 2019. However, it was postponed due to undisclosed reasons.

Erik also previously teased a scene showing a bloodied Rayver running away from someone in an Instagram post back in September 2019.

Released in 2013, On the Job starred Piolo Pascual and Gerald Anderson as inmates who are temporarily released from prison to work as contract killers for politicians and high ranking military officials.

Erik Matti On the Job