‘Marry Me Marry You’ actress Cherry Pie Picache reveals her thoughts on the younger cast members of her new teleserye. 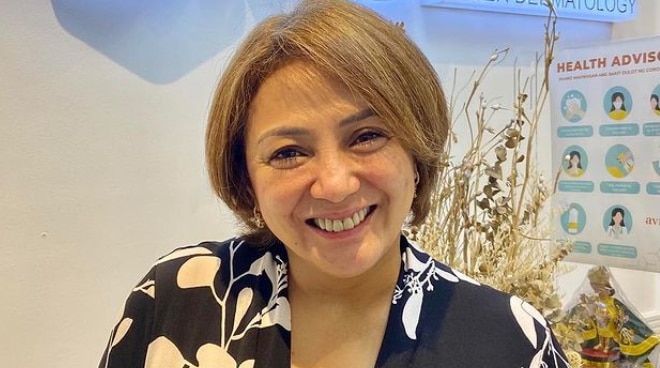 After being part of the drama Walang Hanggang Paalam, Cherry Pie Picache returns to the small screen in her latest project Marry Me, Marry You where she plays the role of one of Janine Gutierrez’s doting godmothers along with Vina Morales and Sunshine Dizon.

“I’m blessed to be working and blessed to be included in this wonderful team. I play the role of Elvie at mabutihing maybahay ni Papang Lito Pimentel. We’re the ones who took care of Janine. Inalagaan namin siya na parang isang tunay na anak,” she said.

After finishing two lock-in tapings for her latest series, Cherry Pie said there are upsides to being in a taping bubble.

“For one, times are really difficult now, and one thing now that this pandemic is doing especially to the industry is yung lock-in nga. The good side of it, now it’s more personal. When you do a teleserye, you engage and interact with people, it becomes more personal because you’re locked in and you become a family with three cycles, four cycles. And you learn so much, you don’t only learn about the craft, about the product that you’re making or your creations, but you also learn life lessons. So that’s the good side of it,” she explained.

While working with younger cast members, Cherry Pie said she has had to adjust to a lot of new things.

“With regards to the younger generation, you know I’ve been doing teleseryes for 30 years, almost 35 years, I’ve worked with all kinds and it’s a big adjustment for old school actors like me kasi old school eh, iba yung natutunan namin and now there’s so many things to adjust to, the platforms, how you do things. So ngayon ang natututunan ko at pinag-aaralan ko pa, I don’t only get it from the younger generations but the whole industry’s evolving so you have to adjust, you have to adapt. Kailangan makasabay ka because everything’s evolving and everything’s adjusting. So I’m learning and I’m still learning. It’s kind of difficult for someone like me in the industry but I’m grateful and blessed because you learn and you don’t cease to learn. You learn every day,” she said.

When asked to give a message for the newer generation of actors, Cherry shared her hopes for them.