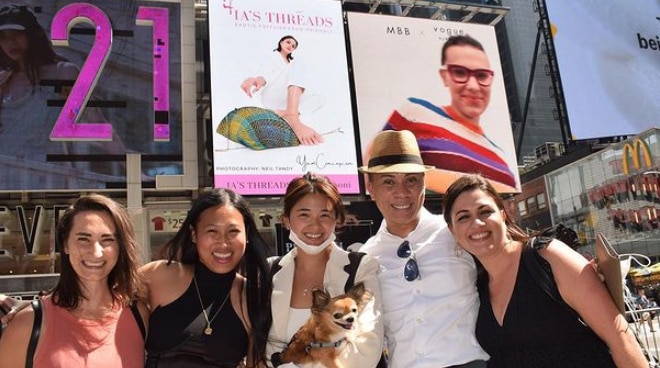 After getting married last month to her non-showbiz boyfriend Miguel Cuunjieng in New York City, Yam Concepcion is on a continuous high as she gets to experience another first in her life this month. While in the US, the 33-year-old actress, who is currently starring in the Kapamilya series Init Sa Magdamag, also got to shoot for a New York-based bag brand which launched their electronic billboard campaign at Times Square in New York last August 25.

On her Instagram account, Yam shared a video of herself and the team posing in front of the new billboard which showed Yam posing with the sustainable and ethical fashion brand Ia’s Threads. The photo was shot by American photographer Neil Tandy. Yam wrote, “It’s finally up on times square Congratulations team!! @iasthreads   ”

On the brand’s social media account, they shared why they chose Yam to  model their bags along with American actor Sergio Delavicci. They wrote, “This quintessential Filipina beauty, @yamconcepcion raising up Philippine-made products in front of global attention in Times Square is a tribute to the superlative beauty of Filipino craftsmanship. Catch our billboard in the heart of Times Square , featuring Yam Concepcion wearing our SINAG bag from the Cruise Collection  .”

“One of the hottest movie and television actresses in the Philippines @yamconcepcion electrified Times Square with two digital billboard appearances. In the first billboard Yam is wearing our SINAG bag, and in the second one wearing our CAYÉ bag with @ruffryder_84 , actor from movie John Wick 3 wearing the DIWATA JAUNE Backpack   .” 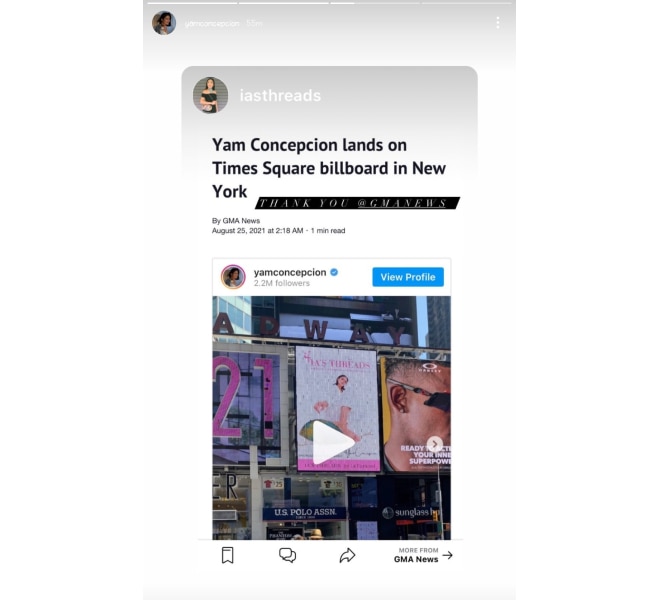 After wrapping up taping for Init Sa Magdamag earlier this year, Yam flew to New York last May to be reunited with her longtime beau and now husband. In an earlier interview, the actress revealed she was planning to vacation abroad for three months.