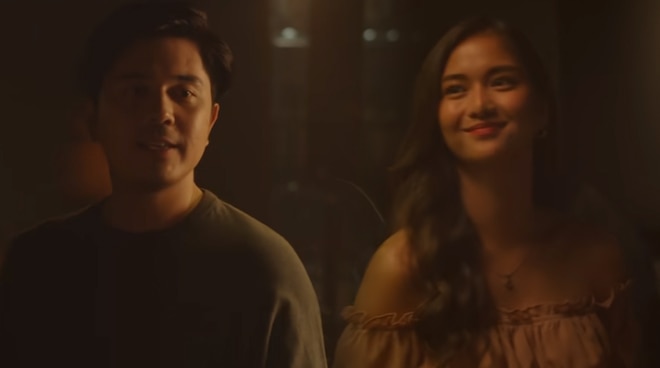 The video was helmed by Fan Girl director Antoinette Jadaone, with Shaira Advincula as assistant director, Cesca Lee as director of photography, and Geo Lomuntad as producer.

As of this writing, the music video of "Hindi Ko Kaya" has earned more than 120,000 views and 9,000 "likes", making it the No. 18 trending video for music on YouTube Philippines.

Zack, an alt-pop and R&B artist who was a finalist in the first season of singing competition The Voice Kids, released "Hindi Ko Kaya" last May. According to the 18-year-old singer, the song is about "letting go of the pride and ego after a breakup, [but then] realizing you still love her and 'di mo kaya mawala siya."

Just last April, Zack released the music video of his hit single "Binibini", which starred the onscreen tandem of Andrea Brillantes and Seth Fedelin. Since then, the music video, directed by Dan Villegas (who happens to be the fiancé of Antoinette), has garnered more than 20 million views on YouTube.

Zack also recently collaborated with fellow The Voice Kids alum Darren Espanto on the song "Tama Na", for which he was credited as a writer and producer.