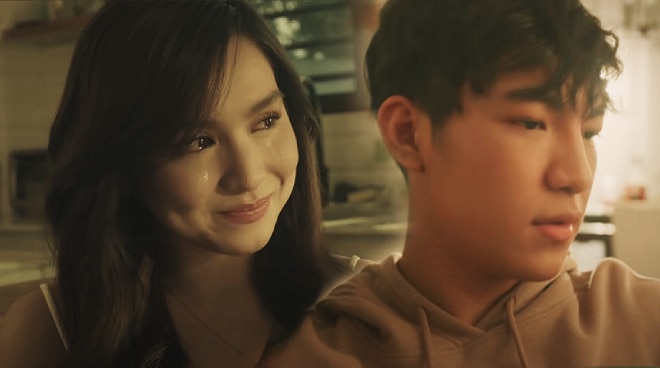 Darren Espanto has released the music video for his latest single "Tama Na".

Directed by Jonathan Tal Placido, the video premiered on his official YouTube channel on Sunday, June 20, and is currently one of the top trending videos for music on YouTube Philippines.

It featured actress Kyline Alcantara, with whom the Kapamilya actor-singer was once romantically linked and who is now rumored to be in a relationship with Mavy Legaspi.

READ: Who is the mystery girl in Mavy Legaspi’s post?

"In just a couple days, Zack created 'Tama Na' and I really liked the song instantly. It's a sound that people haven't heard from me before and it's also a genre I've always wanted to try," said Darren in a report published by ABS-CBN News.

"Tama Na", from Darren's upcoming album, was released last May 28, ahead of his virtual concert Home Run, which was streamed over the weekend.

Darren, 20, rose to fame after joining the first kids' edition of The Voice of the Philippines in 2014.

While he did not win the contest, Darren went on to become one of the most successful young acts in the local music scene.