Robin Padilla says he told his daughter Kylie Padilla to convince Aljur Abrenica to become a Muslim instead. 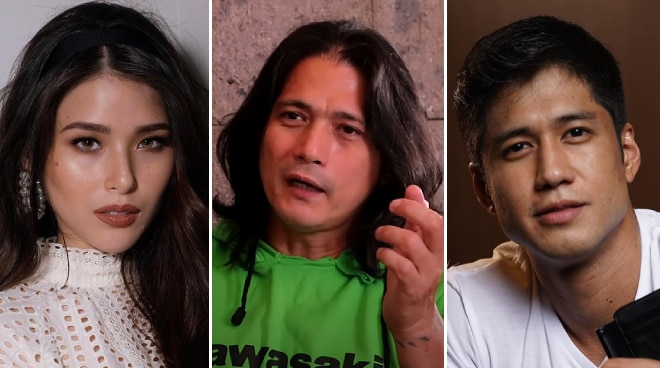 Robin Padilla admitted he cannot give advice to his daughter Kylie Padilla about her marital problems with Aljur Abrenica.

In the second of his two-part interview with entertainment reporter Ogie Diaz, the action star said he has no right to meddle in the issues his daughter has been facing with her husband.

One of the reasons, according to Robin, is that he has no credibility to do so to begin with.

But he also asked his daughter to convince her husband to become a Muslim instead.

Then again, Robin encouraged his daughter to strengthen her fighting spirit in the midst of what she’s been going through.

Despite everything his daughter has gone through, Robin said he is stlll open to the possibility of seeing Kylie and Aljur get back together.

Robin previously said that Aljur no longer needed to apologize to him since he didn’t physically hurt his daughter.

He also laughed off the issue of womanizing because he believes it’s normal for men to do such acts.