Maricel Soriano couldn’t be any prouder to have good-looking nephews. 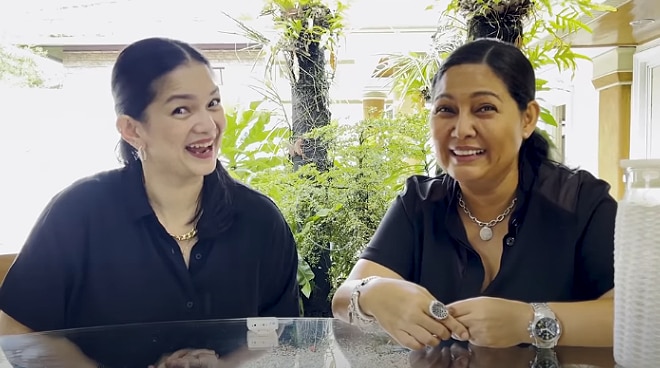 In a guest appearance on Meryll’s vlog, the Diamond Star went head-to-head with her niece as they discussed what it’s like raising a kid in a traditional setup versus a modern one.

According to Maricel, she felt as if Eli — Meryll’s son with ex-husband Bernard Palanca — was hers the moment she laid eyes on him.

When Meryll gave birth to her child with Joem Bascon, the actress’s family also couldn’t get enough of his good looks according to Maricel.

Maricel went on to share how lucky everyone in the family feels for having two additional good-looking members of the family through Meryll.

In the said vlog, Maricel and Meryll also shared their thoughts about different ways of taking care of their babies.

It was in January this year when Meryll introduced her child with fellow actor Joem Bascon.

According to Meryll, a second part of the vlog with her aunt Maricel — who is celebrating her 50th year in the world of show business this year — is coming out next week.