Rica Peralejo talks to her husband about what it’s like being a father in her latest vlog. 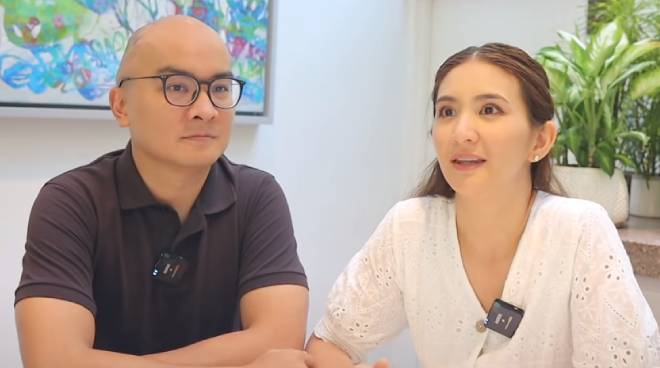 Actress, motivational speaker, and vlogger Rica Peralejo may have made bad choices in the past, but she couldn’t be more thankful to have gotten things right in the end.

In her latest vlog, Rica got candid with her husband Joseph Bonifacio where they talked about the latter growing up with a father and being a father himself, among others.

When asked about what it’s like being a dad, Joseph said it feels amazing, much so with a wife like Rica by his side.

“It’s fun. It’s amazing. I love it. I love being a dad. That’s why I keep saying to you ‘di ba besides being my wife, I’m grateful to you for being the mother of my kids,” Joseph said.

Rica, for her part, reflected on what she has learned from her conversation with her husband.

“So many things to process after this talk with the father of my children. One is that grabe pala ang puso ng isang ama. In the same way that they will never know the motions of the body of a mother, [it] is the way I will never fully understand the motions of the heart of a father,” she said.

“It's really an ordained and spiritual role that God calls them upon and it has the tremendous capacity of launching either changers or destroyers in the world,” she added.

According to Rica, she felt how much her husband loves her children when he started talking about his own father.

“Second is that when I spoke to my children about their father, I realized that while kids may not articulate exactly what they love about their father, they know for sure if they are loved by their father. I am glad my kids do. They know it. Feel it. And are growing up with it,” she stated.

READ: Rica Peralejo shares how her husband taught her to be practical

While she may have made bad choices in the past, Rica said she’s happy she got it right when she married her husband.

“Thank you for this, Sweetheart. Like I always say, I have made many, many bad choices in my life, but I thank God I got this one right,” she said.

Rica and Joseph have two children: Philip and Manu.