‘I love you so much’: Rica Peralejo pens sweet anniversary message for husband Joseph Bonifacio

Rica Peralejo wrote a sweet message for her husband as they marked their 11th anniversary as a married couple on Friday, January 29. 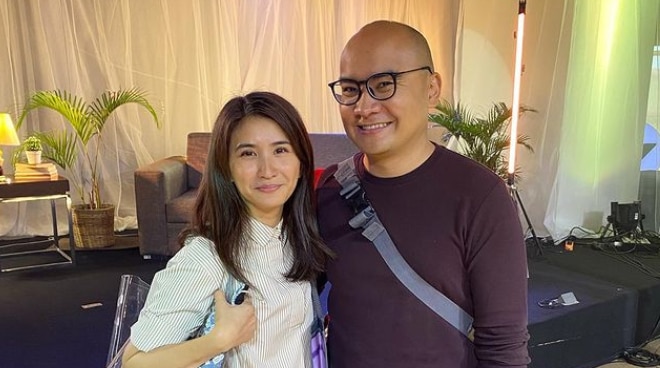 Former actress Rica Peralejo wrote a sweet message for her husband, Christian pastor Joseph Bonifacio, as they marked their 11th anniversary as a married couple on Friday, January 29.

On her Instagram page, Rica shared two photos of herself holding hands with Joseph.

In the caption, she thanked her husband for never letting go.

"I was in the bathroom when this flashed in my mind. Parents are supposed to raise their children and then let go. But man and wife enter marriage vowing that they will never, no matter what, ever let go. Second photo was eleven years ago, and this one was taken just last Sunday. You never let go, @josephbonifacio," she wrote in the caption.

"Richer or poorer, sickness or health, better or worse, with hair or no hair, you stuck it out with me even when I wasn’t the nicest person to be living with. I love you so much. Thank you for giving me a great picture of God’s unconditional love (I never want to let you go kind of love!) for us. You are not perfect but you are close to it. Happy 11 years to us!" she said, before adding the hashtag #TheBonis.

Rica and Joseph tied the knot in front of their family and closest friends in a simple beach wedding in Nasugbu, Batangas in January 2010.