Liza Soberano on becoming a voice actor for ‘Trese’: ‘I was kind of doubting myself’ 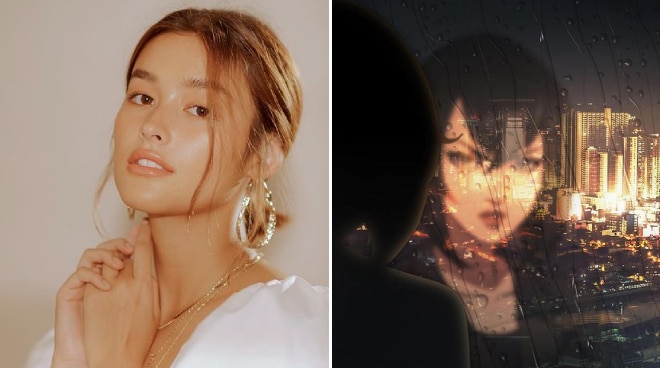 In an exclusive interview with Star Magic Inside News, Liza Soberano shared how she felt about doing voice acting for the first time in the upcoming new animated series Trese.

"Honestly when it was first offered to me I kind of had some hesitation and I think that was mostly due to the fact that I didn't really have the confidence or I was kind of doubting myself if I could really do it because voice acting is a whole different game. It's completely different from acting. Because with acting, have the help of your body language, your emotions to convey the actions and emotions that your character is supposed to be playing. But in voice acting, you are supposed to bring that emotion out through your voice.

“Of course while you are dubbing it there's a bit of emotion that you have to put out in your face pero not all the time is it carried out in your voice and that's something I had to learn,” she said.

Trese, which released its first official trailer last week, showcased Liza’s modulated new voice for the screen. “I also had to learn how to deepen my voice. Because I have a very high, pitchy voice. So I was trained by Sir Rudolf, my voice coach, to modulate it and bring it lower. Here I’m talking from my head but they taught me how to talk through my chest, with my chest. So it's kind a hard for me to adjust from head talking to chest talking," she explained.

Playing the title role in the popular graphic novel series created by Budjette Tan and Kajo Baldisimo in 2005 is a new challenge for Liza who says she is a believer in Pinoy mythology.

“Alexandra Trese is the main character in the Trese comics and she is a babaylang mandirigma. She is basically the protector of human beings from the other world which is where galing ang mga aswang, tikbalang, tiyanak, and other mythical creatures that we have. She is torn between wanting to live up to her father’s expectations and wanting to live a simpler, maybe easier life because the pressure that is being put on her as the protector of both worlds, basically the mediator of both worlds is really so much that sometimes she questions if she really is capable of protecting both worlds,” she explained.

The 23-year-old actress was initially set to play iconic Pinay superhero Darna in 2019 but had to withdraw from the project for health reasons. In Trese, she gets to play another independent woman with supernatural powers.

“I think my similarity with Alexandra is we are both very, very brave. I feel like I'm brave for even taking on the character of Alexandra Trese knowing that it's not my forte, voice acting isn’t my forte. And basically, knowing that it's such a big role, a big project. And its big shoes to fill basically. And I know that Trese has a lot of fans, a lot of comic book fans, and they are very protective of these characters and of course they only want the best if it comes out on such a big platform. Just like with Darna before, I know the fans will always be protective of the character. That’s why I really wanted to work hard and give justice to the role,” she said.

Playing the counterpart of Liza’s character Alexandra in Trese for the US release of the series Pretty Little Liars Actress Shay Mitchell. Trese is directed by Jay Oliva who also directed animated series Justice League Dark and The Legend of Korra. The six-part animated series premieres on popular streaming platform Netflix on June 11.