WATCH: Joy Mendoza opens up about how she forgave the seven men who raped her in interview with Toni Gonzaga

Joy Mendoza sat down with Toni Gonzaga and looked back on what happed to her nearly thirty years ago. 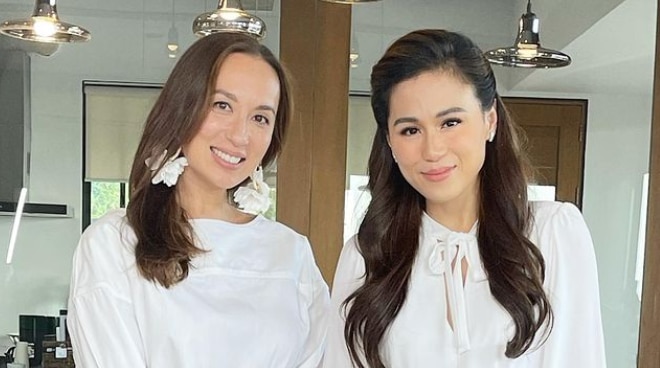 Book author and counselor Joy Mendoza opened up about her journey to forgiveness after getting raped by seven men in her own home in her interview with Toni Gonzaga.

In 1992, a 15-year-old girl Joy was raped at gunpoint in her own home. And for someone whose father is a pastor and a family who “honors God,” it came as a shocking experience for her.

As the crime was happening, Joy said she felt as if she was no longer there, but said she managed to find the time to recite a verse from the bible.

“It was so surreal na parang I was just not there anymore. But I do remember very, very distinctly in my heart na I was reciting Psalm 23,” she said.

While it was one of the darkest moments of her life, she knew she had peace in her heart because she surrendered herself to God at a young age.

“And I remember thinking because I’ve given my life to Jesus when I was nine. So I know in my heart, you know, if they kill me, I know where I’m going. So I had peace. And I just thought to myself, they can touch my body, they can do all these things to my body, but they cannot touch my soul because I belong to God,” she said.

READ: Candy Pangilinan on her failed marriage: ‘Feeling mo people will change, a baby will save it, but no’

Joy opened up about her journey to forgiveness, sharing how she learned how to forgive the people by believing the people who did her bad just fell short of God’s glory, and that she has a better relationship with God.

“What helped me to forgive was two things. The first was, before I used to think I was a good person. So, the people who murder, the people who cheat on their marriages, these are evil people. I’m not like that. That’s not what I am,” she said.

“You start to compare yourself horizontally with people. And if you feel like some people are worse than you are, then maybe, you really are a better person. But God reminded me during that season. ‘Joy, all people fall short of My glory.’ So God as the standard and His Holiness, lahat tayo talaga, wala. We need grace, we need forgiveness,” she added.

“Honestly, what my parents did to me, putting me in the Word of God very early, so I saw already the history and His track record and His truth and that’s what prepared me for this moment,” she said.

Despite everything that happened, Joy did not file a case against the men who raped her.

“In our hearts and mind, we said, ‘Who is the ultimate justice giver? And when God says vengeance is mine and I will repay, I had to also trust that God is bigger than the justice system.”

In the said video, Joy also opened up about how the incident changed her life and how her husband made her realize that not all men are bad.

“God allowed me to marry a wonderful man of God, gave me the best Filipino man to marry, you know? And he made me realize that ‘Joy, not all men are like that, just the lost ones,’” she said.