WATCH: Yam Concepcion shares a glimpse of a day in her life in New York

Yam Concepcion is having a fun time in New York. 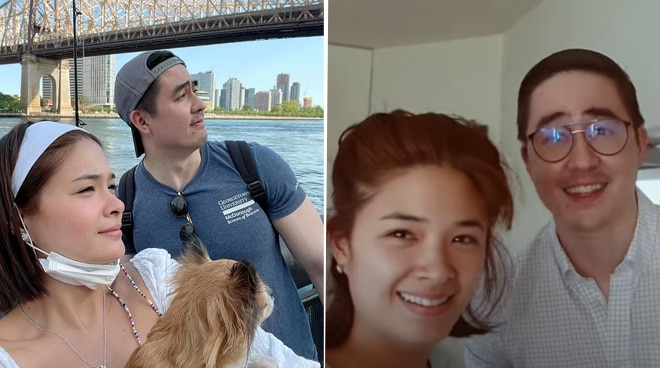 Init Sa Magdamag star Yam Concepcion gave a glimpse of her current life in New York through her latest vlog.

The 32-year-old actress, who promised to release more personal vlogs for her fans in the next couple of weeks, showed what’s her daily life is like while staying in the United States.

Kicking off her day with a cup of coffee, Yam went on a stroll with her doggo Tiny and boyfriend Miguel Cu-unjieng around the streets of New York.

After having a fun time outside, she ended her day with a plate full of salad at her place. Watch the video below:

Yam, who is currently on a break from her locked-in taping for Init Sa Magdamag, flew to New York earlier this month.

She previously revealed in an interview on the Toni Gonzaga-hosted show I Feel U that she will be staying in the US for around two to three months.

While she got to spend time with her boyfriend of six years last December, she said it only lasted for two weeks.