The music video of Moira dela Torre’s hit single ‘Paubaya’ has recorded over 8.5 million views just 24 hours since it was uploaded on YouTube. 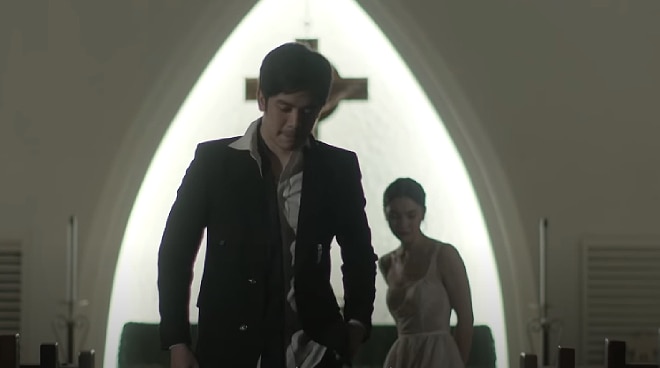 The music video of Moira dela Torre's hit single "Paubaya" has recorded over 8.5 million views just 24 hours since it was uploaded on YouTube.

Moira made the announcement on her social media pages, treating her fans and followers with a behind-the-scenes look at her hit music video.

It started light with the two stars portraying a happy and in love couple who are about to get married. But later on, the video turned emotional as the two characters had to say goodbye to each other.

In the credits that rolled at the end of the video, it was revealed that the two co-wrote their dialogue in the nearly 12-minute clip along with Moira and her husband, Jason Hernandez.

It was in 2019 when Julia and Joshua confirmed that they had gone their separate ways, after being in a relationship for more than three years.

Meanwhile, in a subsequent post, Moira thanked the former couple for helping her "tell a beautiful story of forgiveness, of freedom, and of trusting God."

"Thank you for everything. Thank you for your trust, your love and your time. You are two of the best actors we know, but you are also two of the kindest, strongest, and bravest that we know. It's such an honor to be called your friend," she said.

As of this writing, the music video of "Paubaya" has garnered more than 10 million views.

According to Moira, "Paubaya" marks the last chapter of her "Patawad" era.