‘Viral Scandal’ actor Jake Cuenca talks about how he and girlfriend Kylie Verzosa prepare for new roles while at home. 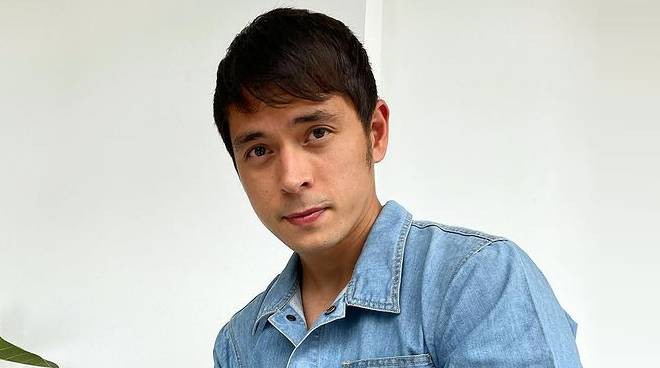 Playing the role of mayor Troy Ramones in the drama series Viral Scandal, Jake Cuenca said he does not mind playing difficult characters onscreen, even if it may typecast him as being arrogant or dislikable. But unlike his previous roles, Jake said his latest one is not what it seems.

“Maybe aesthetically he looks mayabang or pompous but I think you’ll be quite surprised with what we’re trying to achieve with Troy in this show. I know the trailer doesn’t show it yet but that’s the beauty of this show eh. The plots are so surprising, with the script our mind was blown. This role is not the stereotypical bad politician role,” he said.

Known for having a strong personality on and off screen, Jake said he puts in a lot of work with every new character he plays.

“I’m not really worried about being typecast because that’s why I do make an effort to make a complete transformation with every role that I do. Whether it be physically or mentally. I try to make every role different and even if something was similar, I would do my homework and still try to make it different even if it was an arrogant bad guy type of role.  That’s the beauty of being an actor, we’re portraying people eh,” he explained.

In order to get into his role, Jake said he does a major deep dive into the character. “So I think every person is different. People might do similar things but in different circumstances with different justifications as to why they did those certain things. Yun yung laging sinusundan as an actor, tao muna. That’s when the character becomes at least for me three-dimensional,” he added.