After months of speculation, actress Heaven Peralejo finally admitted that she and actor Kiko Estrada have already called it quits. 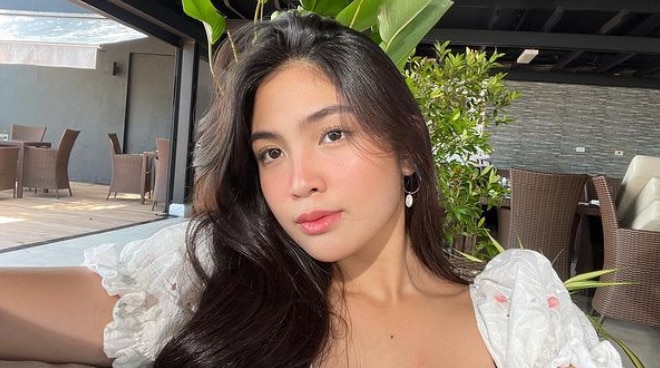 After months of speculation, actress Heaven Peralejo finally admitted that she and her boyfriend, actor Kiko Estrada, have already called it quits.

The Pasabuy actress made the admission when she was asked about her relationship status in a game of "Drink of Spill" with her friends, as seen in her latest vlog uploaded on Monday, October 25.

Without mentioning Kiko, Heaven said she has moved on from her previous relationship.

“Kaya nandito ako rin sa Siargao kasi I want to learn independence, enjoy life, na I don’t need any relationship. I just need my friends, and I just need me.”

It was in August when Heaven and Kiko went public with their relationship, following months-long rumors romantically linking the two of them.

The two first stirred rumors of a romance in March. At the time, Heaven was being tagged as the supposed third party in Kiko's breakup with his longtime girlfriend, Devon Seron—an allegation which the former vehemently denied. Kiko, too, denied that Heaven was a factor behind the end of his relationship with Devon in a tell-all interview with host Ogie Diaz last August.

However, shortly after they celebrated their third month as a couple, the couple triggered speculation of a breakup, when Kiko unfollowed and deleted all of his photos with Heaven on his Instagram page.

The actress did the same a few weeks later, fueling rumors that she and Kiko had indeed parted ways.

In an interview with ABS-CBN News in September, Heaven refused to address speculations of her breakup with Kiko, but stated that she is now committed to putting self-love first, after going through what she had described as "rollercoaster" months.

"There's more to it," she added, referring to a life well-lived.