Marco Gumabao confesses he previously got attracted to Julia Barretto

Julia Barretto had Marco Gumabao as her guest in her recent YouTube vlog. 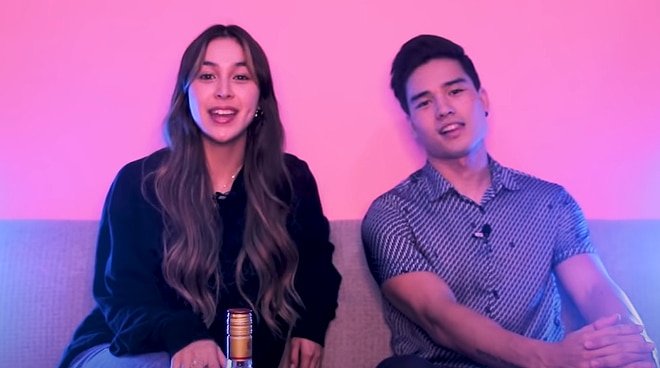 Marco Gumabao confessed that he got attracted to Julia Barretto before.

At some point in the conversation, Julia directly asked Marco, "Was there ever a time you got attracted to me?"

He then admitted, “Oo naman."

Despited after confessing his feelings to Julia, Marco relayed both of them remained very good friends.

The actress remarked that she is happy that they never became awkward after that phase.

“You know, what’s great about that event happening in our friendship? We were never awkward after that. It never really did anything bad for our friendship. In fact, I think it made it stronger. As for him, I told him at that time, I said, I respect you so much,” she stated.

The actress shared that she was just not ready that time because wasn't ready yet to be in a relationship.

Excited to share with you my #DrinkAndSpill series! Uploading Ep 1, 8pm tonight on my Youtube channel! Link in bio. 🍻

“Sinabi ko naman sa kanya na I am so proud of you and it’s so brave of you to tell me how you feel about me, and I appreciate it. At that time, I wasn’t ready yet," Julia stated.

Julia and Marco were under the same handler when they were still managed by Star Magic.

The vlog has already amassed more than 270K views as of this writing and made it to the top 5 of the trending list of YouTube Philippines.