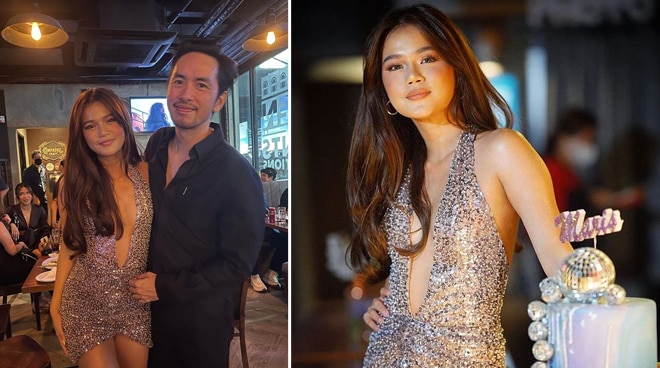 Actress-singer Maris Racal celebrated her 25th birthday on Wednesday, September 21, surrounded by her family and loved ones.

Photos and clips from her birthday bash, held at The Brewery at The Palace in Taguig, were shared online by Maris and her guests.

Looking gorgeous in a sparkly mini-dress, Maris shared romantic moments with her boyfriend Rico Blanco during the party. The couple even treated guests to a duet of Smokey Robinson’s hit “Cruisin’.” Maris started her showbiz career when she joined the hit reality show Pinoy Big Brother: All In in 2014.

She has since starred in films Block Z and Boyette, and shows like The Kangks Show, The Goodbye Girl, and How To Move On in 30 Days. Currently, Maris is part of TV5’s Suntok Sa Buwan starring Aga.

The actress, who has also launched a music career, admitted to her relationship with Rico in May 2021.